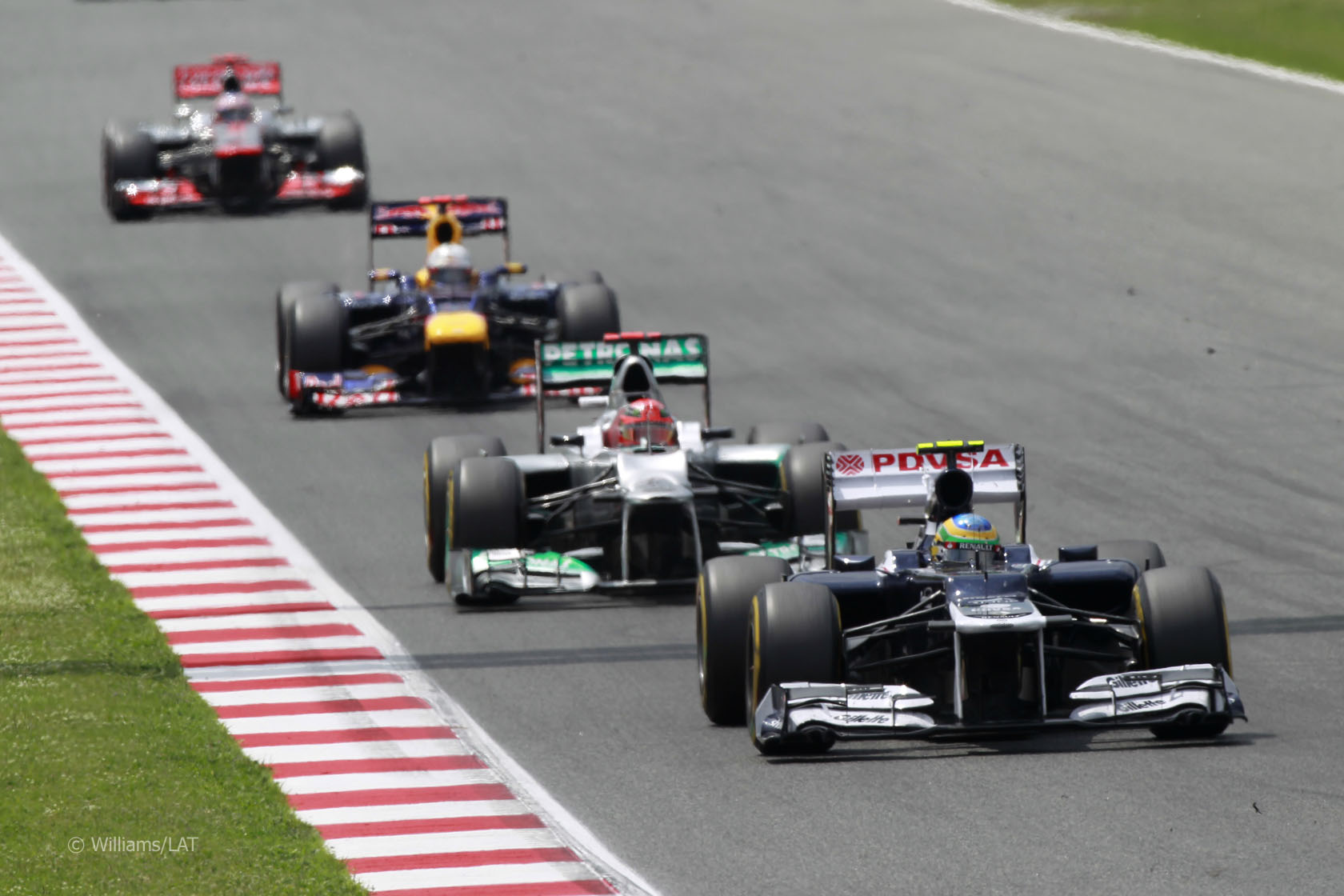 Michael Schumacher will be docked five places on the grid for the Monaco Grand Prix following his collision with Bruno Senna during today’s race.

Schumacher ran into the back of the Williams at turn one on lap 13 while trying to overtake Senna.

Schumacher blamed Senna for the crash, calling him an “idiot” on his team radio afterwards. He added later: “I want the stewards to clarify what happened. He moved to the right, but he shouldn’t move back in the braking place to the left that sharply.

“I’m just behind him and I don’t know how sharply he is going to move. So it was all very dangerous.”

“A lap before he had an accident together with Grosjean so I don’t know what he was going through his mind.”

Senna blamed Schumacher for the crash which ended both their races: “For sure he had much better tyres than I did at that point, I had quite old tyres. But he decided to try to drive on the inside but he didn’t move there early enough and I had to brake earlier than him so he just hit me.”

237 comments on “Schumacher given grid penalty for Senna collision”