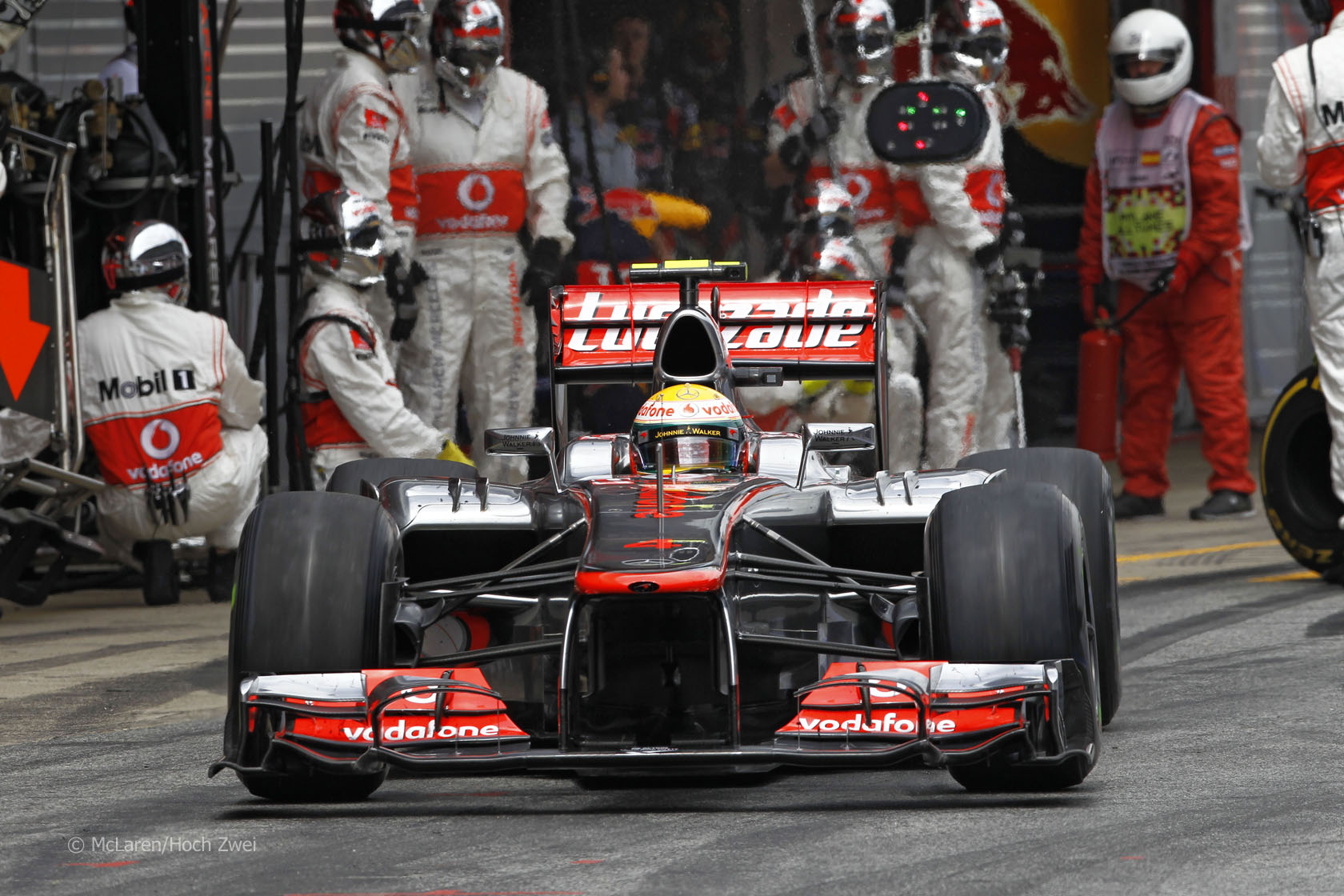 Lewis Hamilton ran a 31-lap stint at the end of the race and still had enough tyre life to attack Nico Rosberg for seventh. Lewis Hamilton’s progress from 24th to eighth by the end of the race was aided by him making good progress through the midfield in the opening laps.

He gained four places on the first lap but continued to gain places in the laps that followed. This was vital, as it meant those who pitted early came out of the pits behind him, allowing him to delay his first pit stop until lap 14 – later than everyone bar Charles Pic.

He was pleased with his effort: “People often say that I have an aggressive driving style, but my final stint on the [hard] tyre was 31 laps, so I reckon I proved today that I can make tyres last.”

It also allowed him to finish in front of his team mate, who had started 14 places further up the grid. Jenson Button seldom looked comfortable in the car all weekend, and tended to lose more time when following another car closely.

For the third time in five races Ferrari were the quickest team in the pits. All three of Fernando Alonso’s pit stops were faster than Pastor Maldonado’s.

The Williams driver lost four seconds in the pits compared to his rival. This could have been decisive – Maldonado’s winning margin was less than that.

McLaren’s recent track record with pit stops certainly gives Hamilton an incentive to use strategies which require as few visits to the pits as possible. Not everything went according to plan again today – he lost around two-and-a-half seconds when he clipped a wheel leaving the pits after his first pit stop.