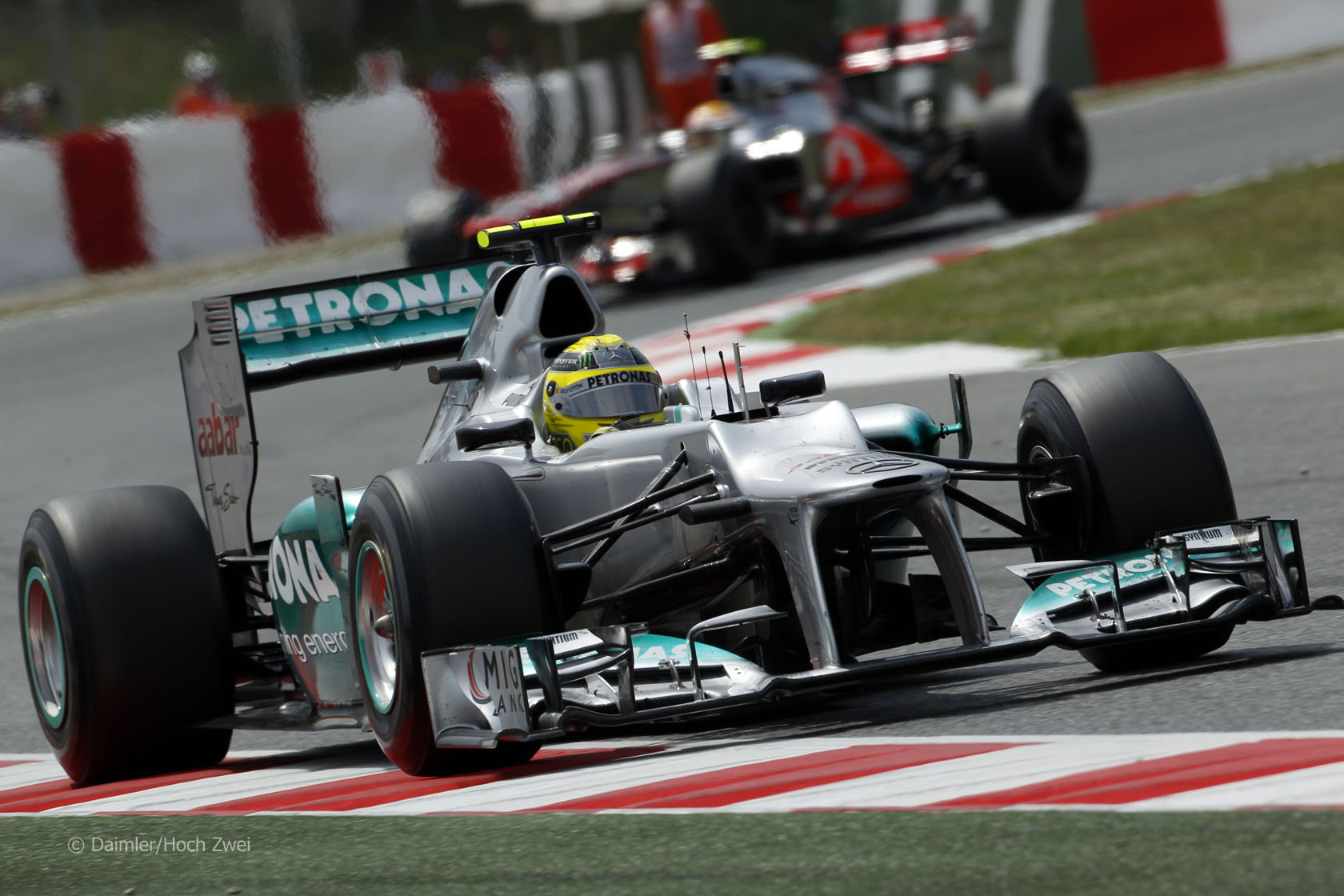 Front wing trouble delayed the Red Bulls and Rosberg during the race – and Rosberg’s final stint did not go according to plan.

Mark Webber spent the opening laps of the race stuck behind Felipe Massa, being badly held up. It seems the team’s decision to pit him early was, as in China, not a consequence of his lap times slowing but a strategic decision to get him into ‘clean air’.

He didn’t quite make it out in front of Narain Karthikeyan and lost some time passing the HRT. But once he had done the other front runners were obliged to pit to cover his stop and avoid losing track position to him.

It was a tough race for the Red Bulls, both of which had to pit due to front wing damage which led to both having pit stops to have them replaced.

Vettel’s drive-through penalty on lap 30 cost him around 15 seconds. He recovered to sixth by the end of the race, but without the penalty it’s hard to make a case for him finishing much higher than fifth – his pace in clean air wasn’t quick enough.

Massa had taken a penalty for the same infraction two laps earlier. It ultimately left him behind Paul di Resta in the final stint, who he could pass, and the further loss of time led to him being lapped by his team mate.

Massa did not agree with his penalty: “Honestly, I don?óÔé¼Ôäót think I did anything wrong and I believe it is better to look into the detail of what happened, because I was in the middle of a group of cars and I definitely did not try to overtake anyone.” Prior to his second pit stop on lap 22 Rosberg’s engineer warned him he had pieces of rubber stuck in his front wing which were disrupting the car’s aero balance, which they intended to remove. However it didn’t seem to help his performance at the end of the race.

Rosberg’s final stint was 26 laps – one lap longer than Maldonado’s – but around ten laps from the end his pace was already starting to suffer, and he fell prey first to Kobayashi, then Vettel.

He ended the race with Hamilton climbing over the back of the car – despite the McLaren driver’s tyres being five laps older.