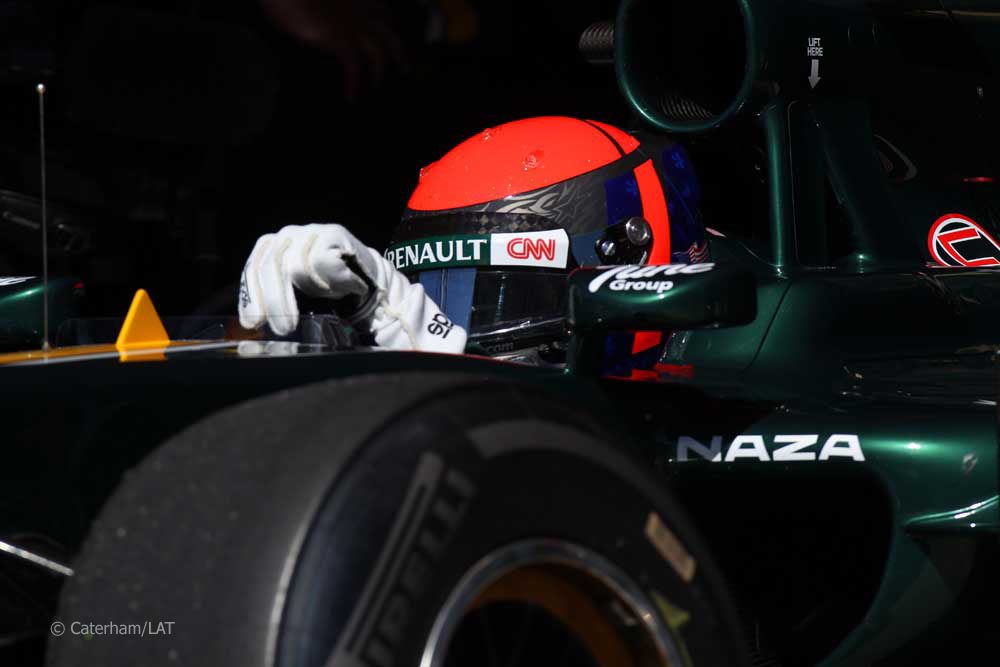 American driver Alexander Rossi made his first appearance at an F1 race weekend during practice for the Spanish Grand Prix today.

Rossi completed 25 laps for Caterham in the first practice session.

He ended up 21st overall, just under a second slower than team mate Vitaly Petrov.

“I am very pleased with how this morning’s session went,” he said. “We completed the programme the team had set and I acclimatised quickly to the step up to F1.

“This isn’t my first time working with the team, I already have a day at the Abu Dhbai young driver test last year under my belt, but coming into a full race weekend is a very different proposition to the young driver test.

“Today wasn’t about setting the quickest lap I could – there may have been another seven or eight tenths to be found but the main thing today was to learn as much as I could, contribute by following the plan, give the engineers clear, concise feedback, and not make any mistakes.

“That’s what we did so I think it’s been pretty much as good as it could have been.”