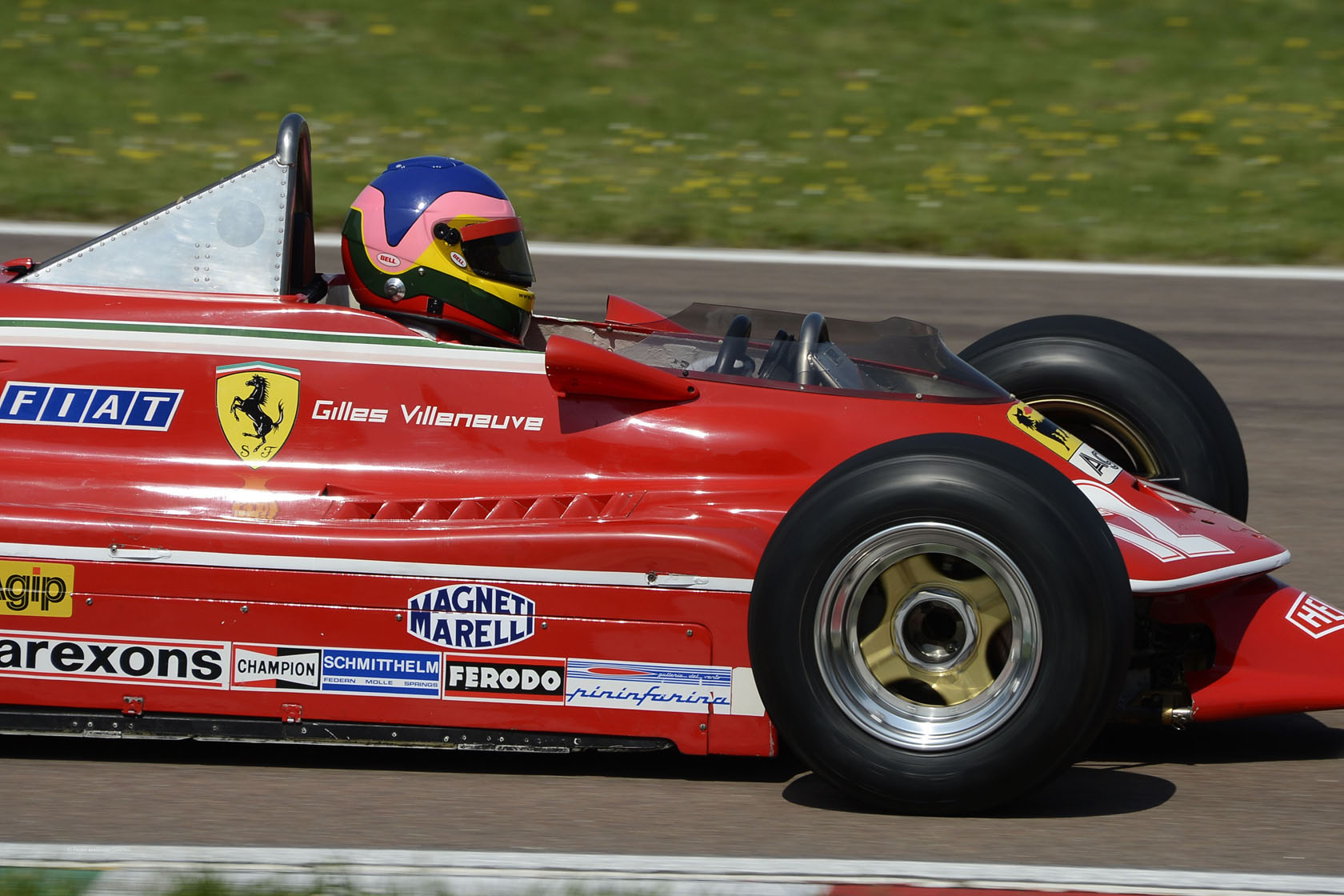 The 30th anniversary of the death of Gilles Villeneuve was commemorated today at the Fiorano circuit.

His son Jacques Villeneuve, the 1997 world champion, took Gilles’ 1979 312T4 out on the track for a demonstration run.

The car was of the same type used by Villeneuve to finish second in the 1979 world championship behind Ferrari team mate Jody Scheckter.

Villeneuve’s first two starts in a 312T4 produced wins at Kyalami and Long Beach. He ended the season with a third win at Watkins Glen, and had two other podium finishes including his famous second at Dijon following a thrilling battle with Rene Arnoux.

Afterwards Jacques recalled growing up around his racing father: “The whole family always went to the races and we lived in the motorhome… it was much better than going to school!

“Most of the memories I have are from the race track, sitting down watching the races. So ninety percent of what I remember of my father is him as a driver, not home very often, always on the go and if he wasn?ů‘ťľ‘šůt in a car, then it was a helicopter or a plane. But that seemed normal, he was my father.

“I think I am lucky to be driving at a time when cars are safer, otherwise maybe I’d be dead too, given that like him, by nature, I tend to go always right to the limit.”

Asked what his father would have thought of his son’s racing career, Villeneuve said: “He would have been happy, because it was his dream to see me become a racing driver.”

Piero Ferrari said: “Gilles had an aggressive driving style, but was never incorrect in his dealings with his adversaries. Things are very different today, everything is controlled, especially the cars.

“And if today, a driver drives in an aggressive fashion, then he is likely to be slow, because now you need a special driving style to set quick times.”

Mauro Forghieri had this to say about the driver: “He wasn?ů‘ťľ‘šůt taking part in the world championship, he was simply racing in each race and that was it for him.

“He would race with a hastily put-together chassis because, at the time, there were only one hundred and sixty two of us, including commendatore Ferrari and we did not have time to build new cars. These cars were very demanding to drive physically and today, you just could not race with them.”