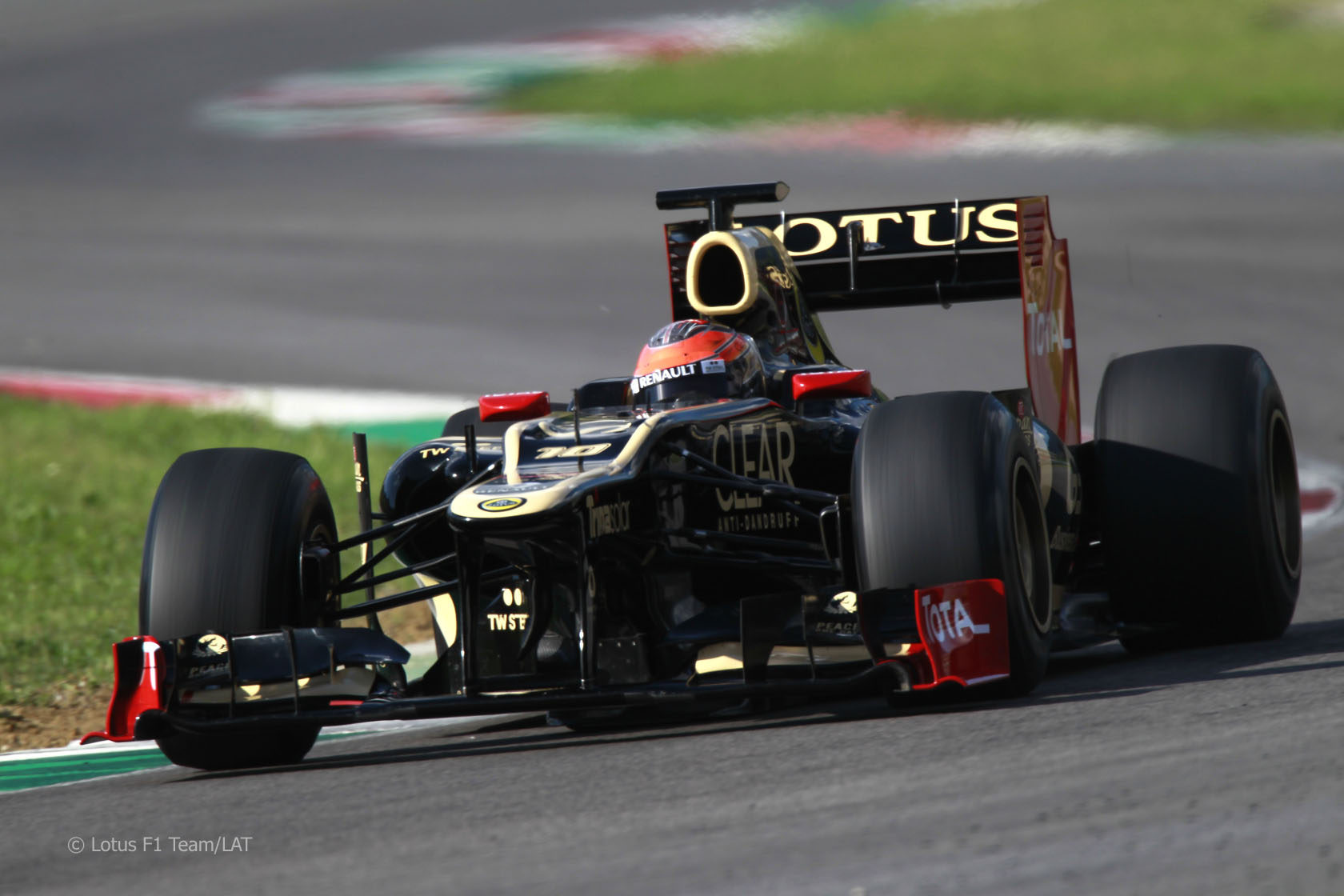 Two drivers shared the fastest time in the second day of testing at Mugello.

Romain Grosjean and Kamui Kobayashi both set laps of 1’21.603 – identical to within one-thousandth of a second.

Grosjean was first to set the time, crossing the line early on the session. Kobayashi matched his effort when he took to the track on soft tyres in the final ten minutes of running.

Earlier on Kobayashi had caused a red flag when he stopped on track in his Sauber. Paul di Resta had more serious problems in his Force India. An hydraulic glitch confined him to the pits for most of the say, only emerging to set a time in the final hour of running.

They weren’t the only team to hit trouble. McLaren test driver Gary Paffet did 59 laps before stopping with a gearbox problem.

A power steering glitch held up Marussia as they split their running between Charles Pic and Timo Glock.

Red Bull also juggled two drivers, Mark Webber running in the morning at Sebastian Vettel in the afternoon. The pair were third and fourth fastest.

Michael Schumacher had a busy day for Mercedes, logging 144 laps.

The session began on a damp track and drivers completed their first laps on intermediate tyres. But they quickly switched to slicks as the surface dried out.