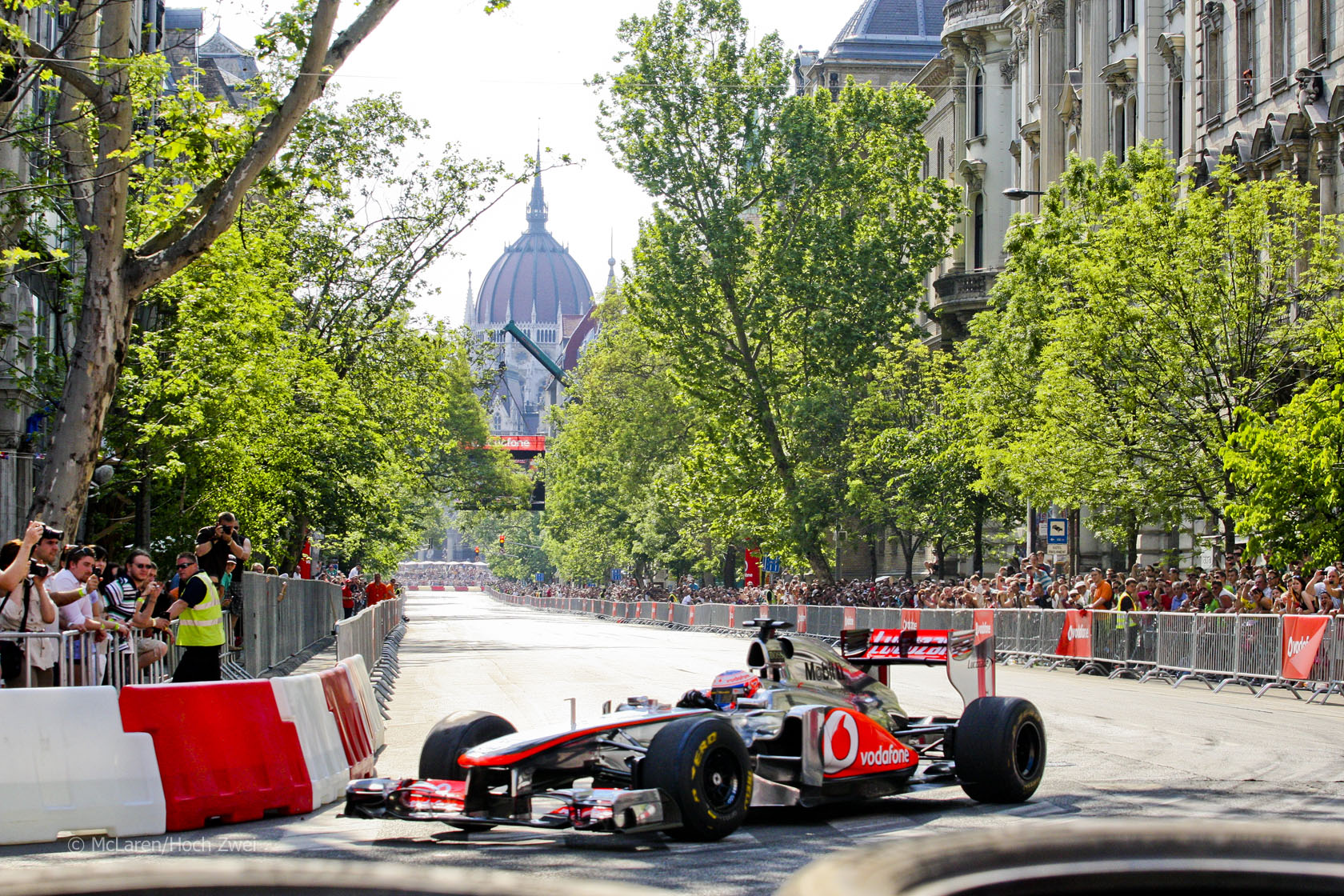 Jenson Button was greeted by thousands of Hungarian fans when he performed a demonstration run in his McLaren yesterday.

Button did doughnuts and hit a top speed of 200kph (125mph) on the roads near the Hungarian Parliament building during the event for one of McLaren’s sponsors.

“It was a great pleasure for me to take part in such a huge festival featuring exciting programs in downtown Budapest,” said Button.

Another driver putting on a display in a recent F1 car was Michael Schumacher, who entertained fans at the first round of the DTM championship at the Hockenheimring on Sunday.

Schumacher did a demonstration run in last year’s W02 at the track which will hold this year’s German Grand Prix.

Team mate Nico Rosberg drove a Mercedes W196 Streamliner – an example of the last Mercedes to win an F1 race before his victory in the Chinese Grand Prix this year.

The DTM race was won for Mercedes by McLaren test driver Gary Paffett.

Here are pictures from both events.