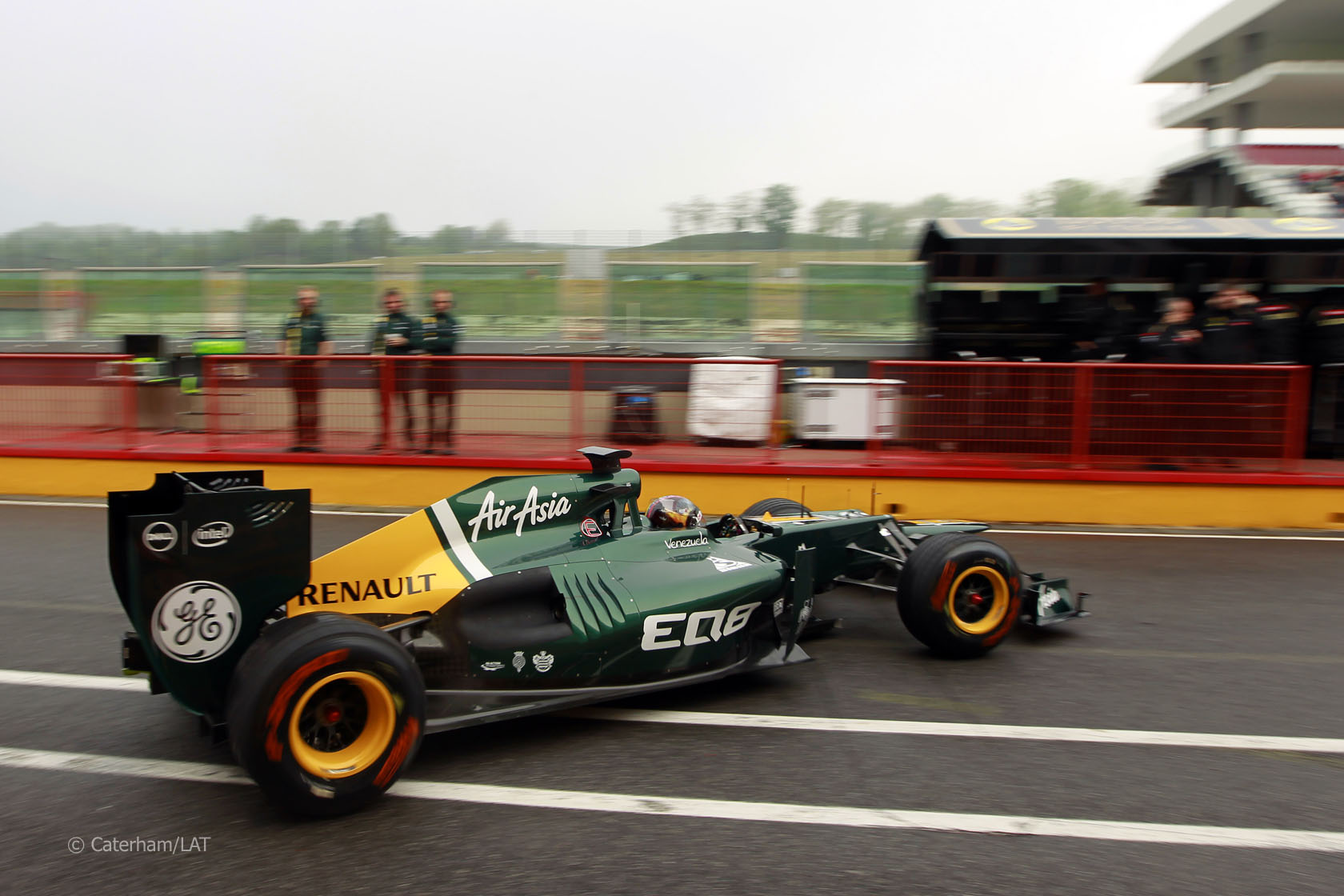 Wet conditions at the Mugello circuit prevented teams from doing much meaningful running in the first day of this week’s test.

No-one completed more than 50 laps as the session began on a damp track which dried, only for the rain to return around lunch time.

Fernando Alonso took advantage of the limited dry running to set the quickest lap of the day with a 1’22.444 in his Ferrari.

Alonso came to a halt earlier in the session, bringing out the red flags as Mercedes’ Nico Rosberg also stopped on track.

McLaren ran Oliver Turvey and Gary Paffett – the latter completing just a handful of laps when the track was particularly wet. Michael Schumacher left the pits late in the day but did not set a time.

Marussia made their first appearance at an official F1 test this year, Charles Pic completing 45 laps in the MR01.

The red flag came out late in the day as the conditions worsened at the track. The session resumed with around half an hour remaining.

Two days of testing remain at the circuit with the weather forecast to improve tomorrow.