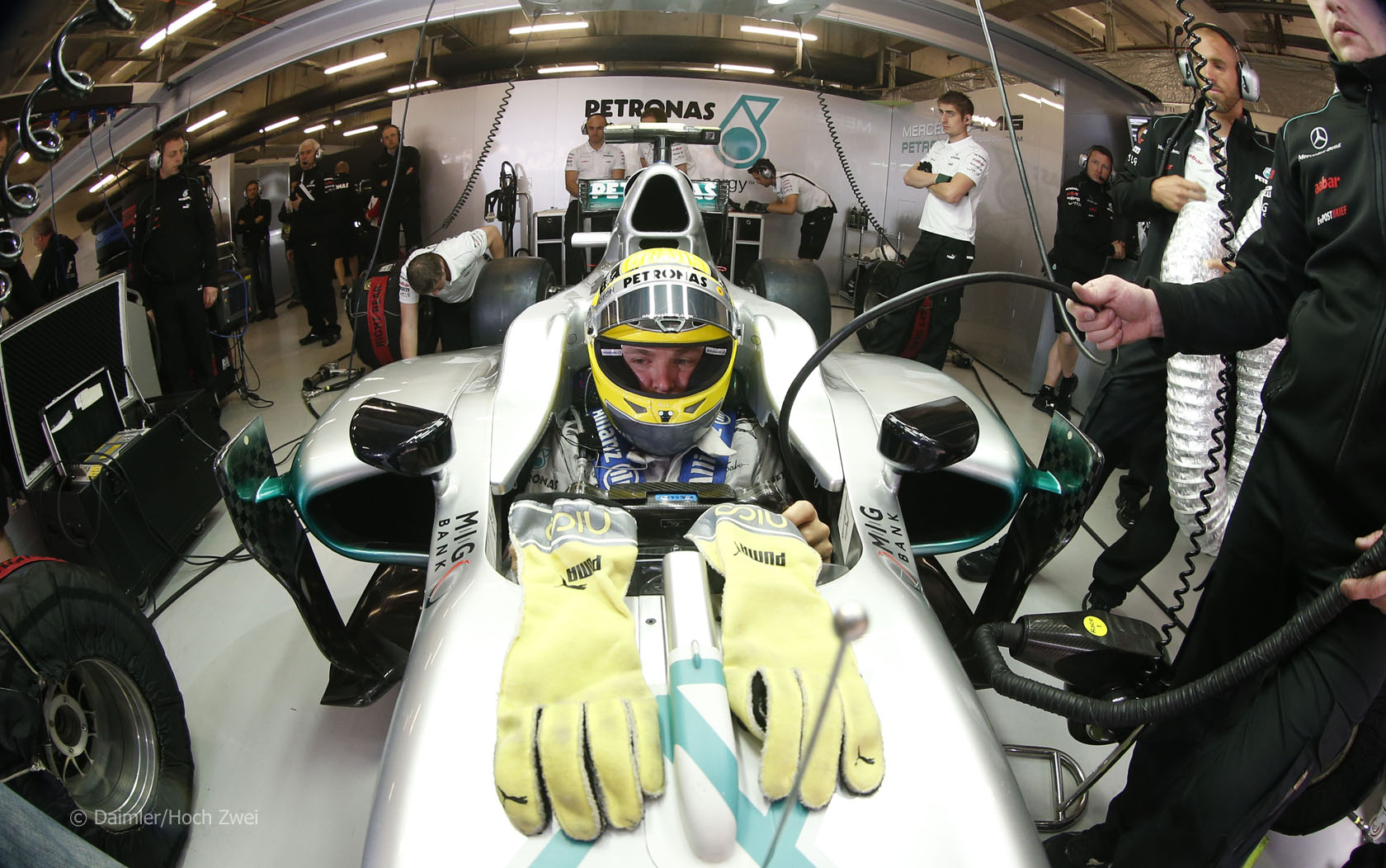 After setting his time at the start of Q3 he got out of the car and didn’t do another run.

Rosberg said it was “fantastic” to be starting tomorrow’s race from pole: “It went really well. It’s a very special feeling, definitely.

Rosberg said set-up changes prior to Q3 were part of the key to his lap:

“The track was cooling off a little bit, the temperature was coming down slightly. And so the rear tyres started to work a little bit better.

“We changed the set-up a little bit before the last run and just got a perfect lap, so it worked out really, really well.”

“It was a quite exceptional lap by Nico. He hasn’t had a great first couple of races in that respect and today we saw what he can do. The middle sector he did was just incredible.”

However Brawn acknowledged the team’s high tyre degradation could hurt them in the race: “We’ve obviously got at the back our mind we’ve got to put a race together tomorrow.”