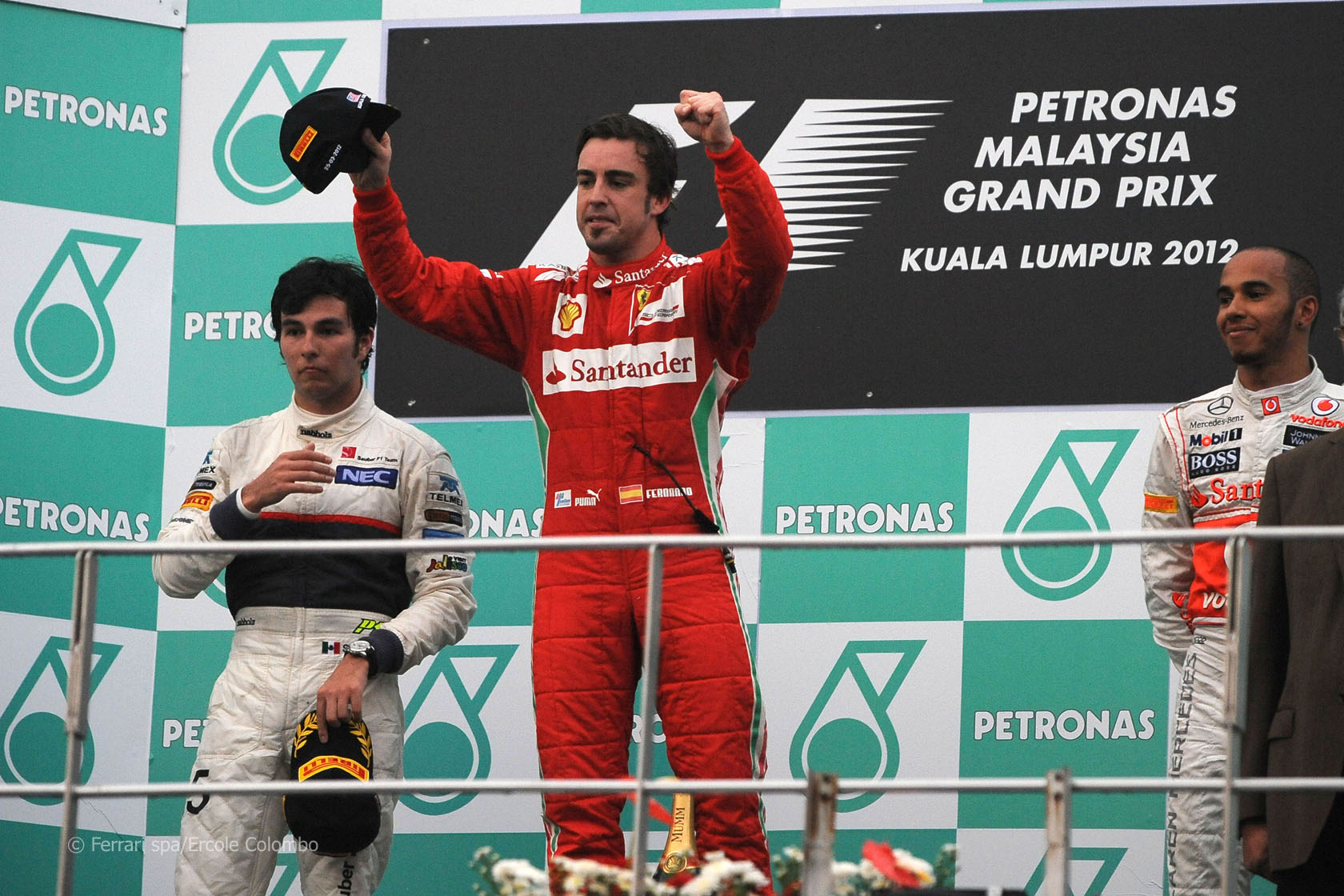 A surprise result in the Malaysian Grand Prix meant a low-scoring round for the Predictions Championship.

We had a seven-way tie for first place with each player scoring 17 points. The pole position time tie-breaker was used to select who won the top two prizes.

Abreeden’s prediction was just 0.110s away so they win a 1971 Autocourse eBook! The runner-up prize, an F1 poster from PJ Tierney, goes to Chelseano161997.

The other five top scorers for this round were Westpole, Stryker, Rach, Bisutommy79 and Adamtys.

The result puts Carpy3 in the championship lead by a point for Chrissylyn. One of this week’s top scorers Bisutommy79 is tied for third with Mazzaf1.

Lewis Hamilton was by far your favourite to take pole position – 78.6% of you picked him and he didn’t disappoint.

Out of the 1,268 entrants this week, just two picked Fernando Alonso to win the race: Middelboe and Davidfaekillie. Hamilton was the favourite here too, picked by 54.8% of you.

Nobody picked Sergio Perez to finish second – in fact, he only got nominated to finish in the top five by seven people, and all of them put him fifth.

The top eight predictions are listed below, and you can view the points standings in full here.

You can enter your picks for the Chinese Grand Prix and every other round of the Predictions Championship below. Remember you can edit your prediction for a race at any time up until the start of qualifying: