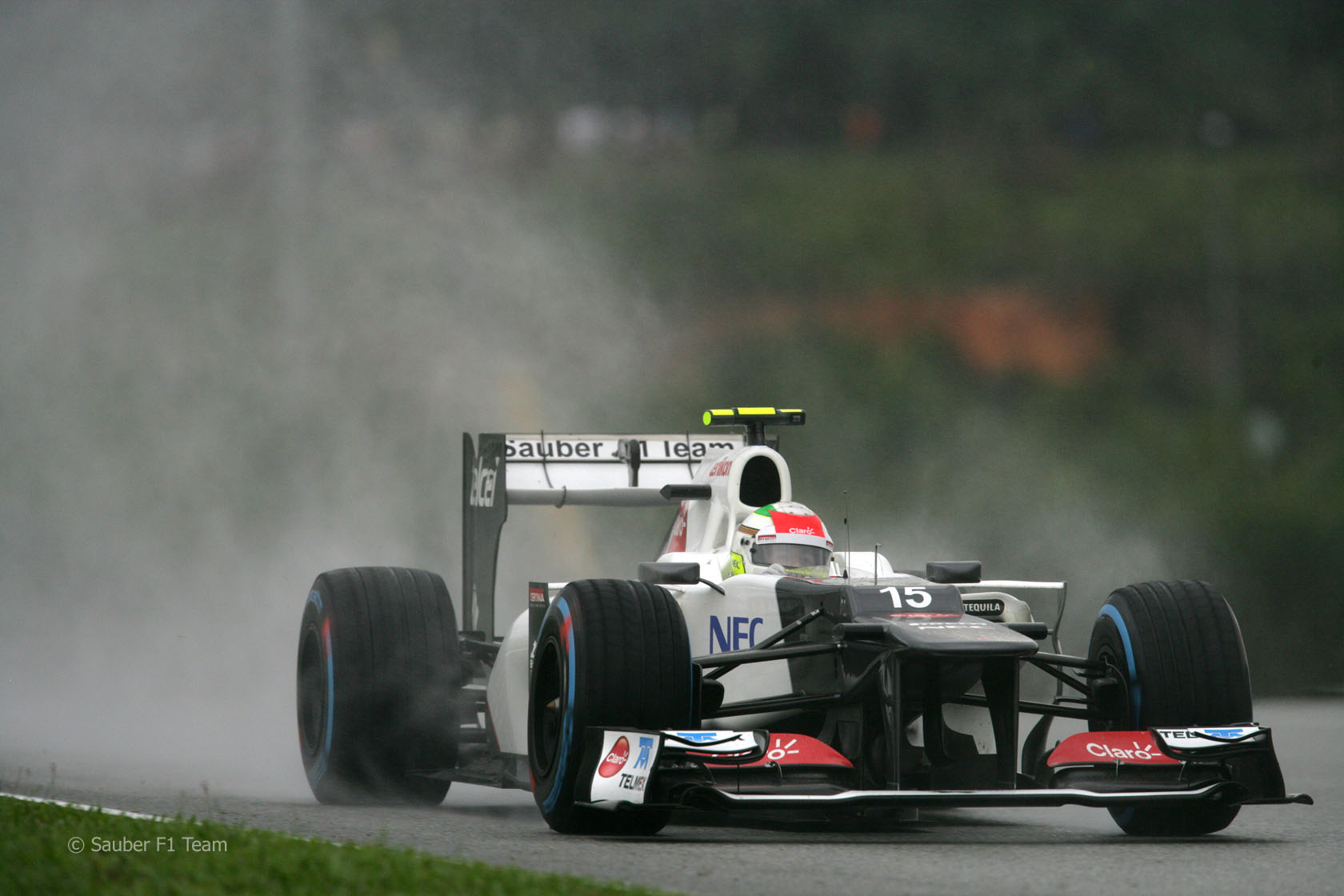 The lap times from the Malaysian Grand Prix reveal some great driving by Sergio Perez and Lewis Hamilton.

Kimi Raikkonen set the fastest lap for Lotus. He was also the quickest driver in Q2, indicating the Lotus has real pace in ‘normal’ conditions.

It’s clear to see how much time Perez gained with his early switch to wet weather tyres in the early stages.

He was 3.7 seconds faster than anyone on lap five while his rivals were shuffling in and out of the pits, and getting their wet weather tyres up to temperature.

Hamilton was equally impressive on the previous lap. As the rain intensified he was two seconds faster than anyone on the intermediate tyres – Perez was the only driver to lap quicker, using full wets.

But Perez did it again on lap 14, showing tremendous feel for the wet conditions, lapping three seconds faster than anyone else on the full wet tyres after the race restarted.

Later in the race a string of drivers took advantage of the switch to medium slick tyres to post some flying times: Daniel Ricciardo on lap 39, Heikki Kovalainen the lap after that and Pastor Maldonado the lap after that.

Jenson Button’s initial struggle on the intermediate tyres is clear to see. He was around five seconds per lap quicker when he took a set of fresh intermediates on lap 25.

Interestingly, in both his stints he started out lapping quicker than Hamilton but his times dropped off.