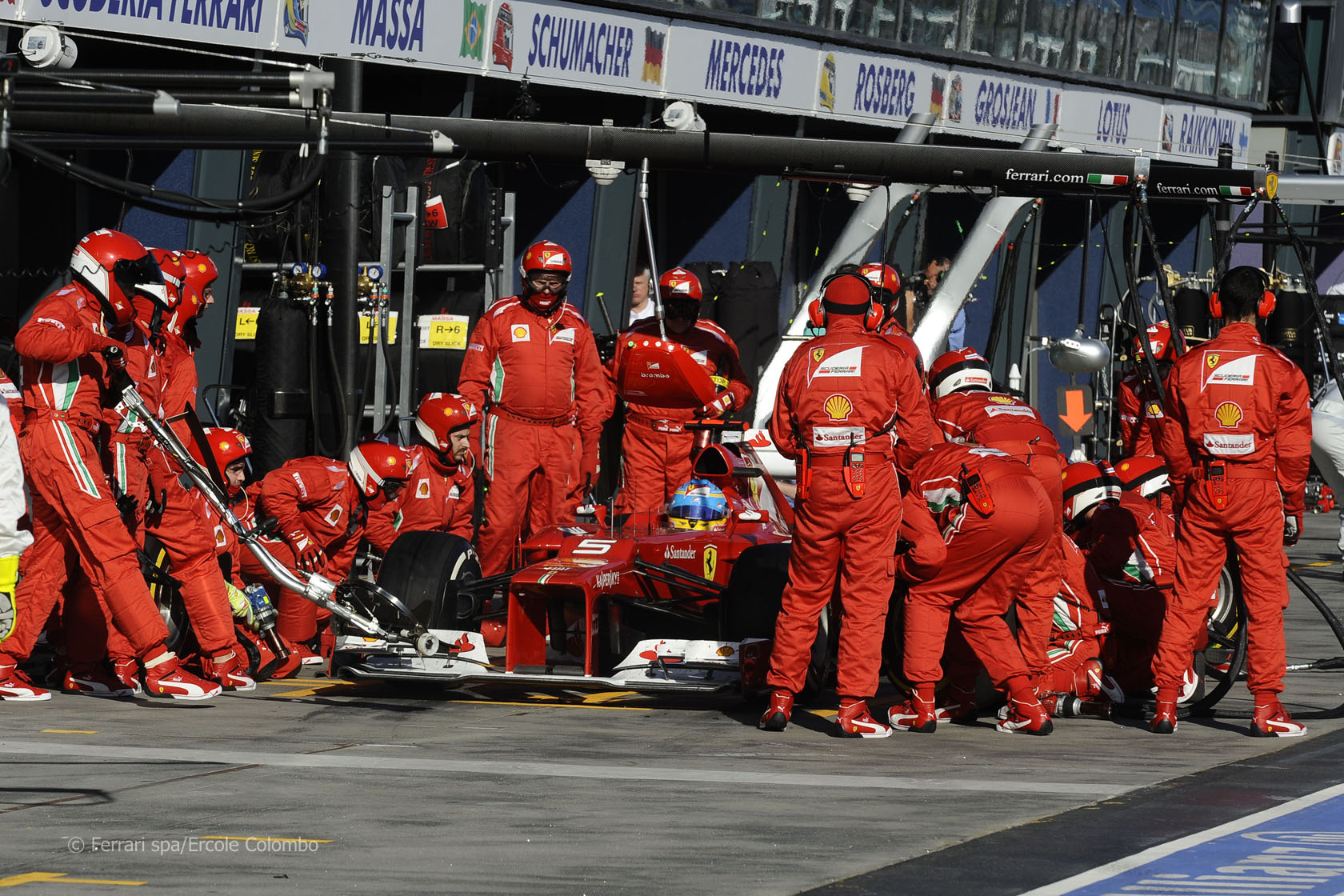 Ferrari may be struggling with their car but they were by far the fastest team in the pits in Melbourne.

Fernando Alonso and Felipe Massa’s five visits to the pits were the five quickest pit stops of the race.

Ferrari made an effort to improve their pit stops in the second half of last year. But although they were able to turn their cars around more quickly, they struggled to achieve consistency. Today’s performance shows they’ve done that now.

Stefano domenicali congratulated his team’s performance in the pits, saying: “I want to highlight the performance of the crew during the pit stops: looking at the figures, we were the fastest both in terms of outright performance and on average.

“I am keen to mention this, because we have worked a great deal on this front: already in the second part of 2011, the situation was better and today we have taken another step forward.”

Red Bull and Mercedes were the fastest crews in the pits last year, but they couldn’t match Ferrari today.

Here are all the pit stop times (pit entry to pit exit) from the Australian Grand Prix:

NB. A complete list of stationary times is not available.

A two-stop strategy was the preferred approach this year. The durability and performance of the medium tyre led most drivers to switch to it at the first round of pit stops.

This shows that, despite Pirelli producing a softer range of tyres this year, the teams are better-equipped to make them last. The preferred strategy last year was three stops, with some drivers making four.

The safety car period in today’s race may also have aided some teams in making their tyres last longer.