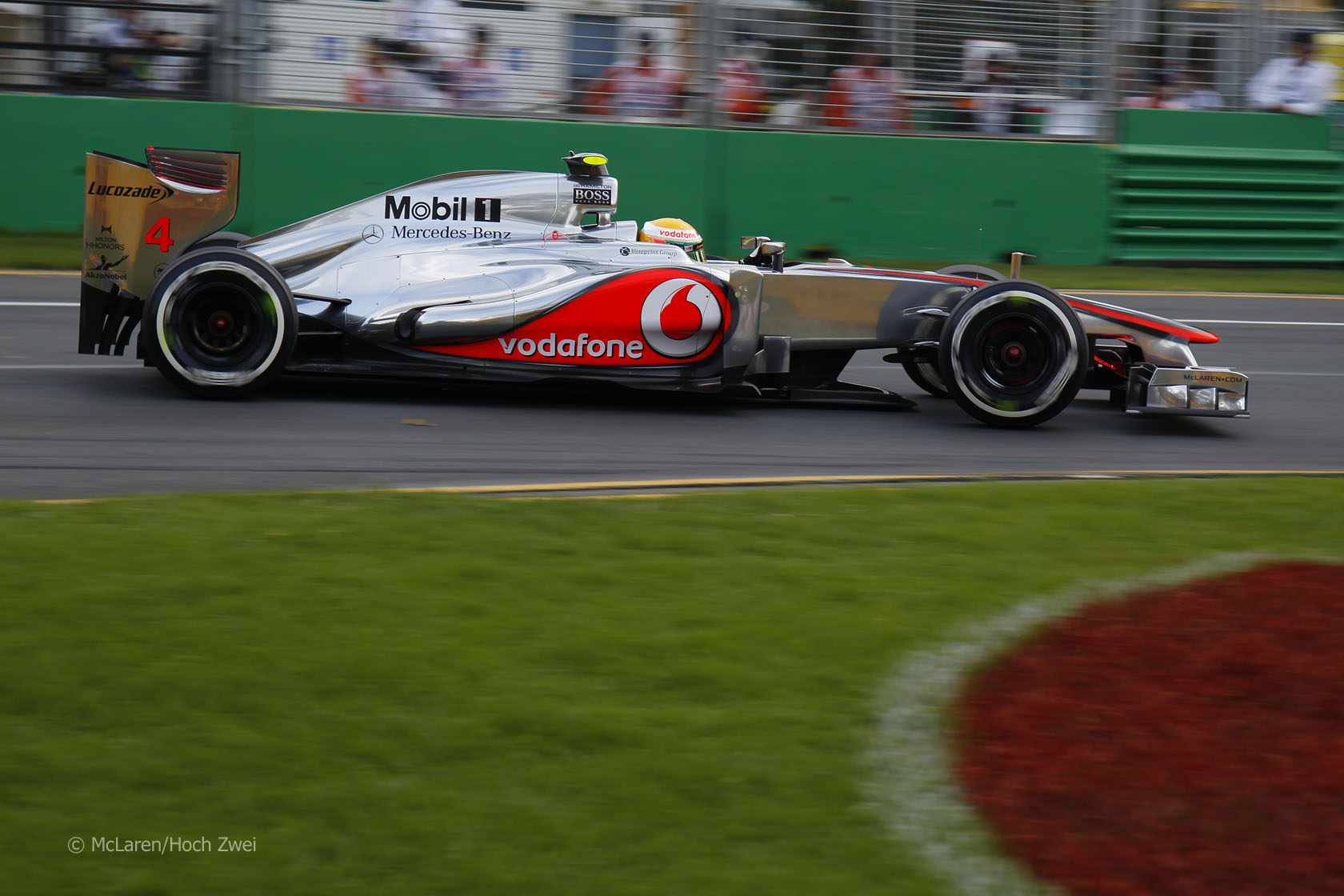 Lewis Hamilton headed the times in an exciting final practice session ahead of qualifying for the Australian Grand Prix.

Just over a second covered the top 13 drivers at the end of the final hour of running.

Mercedes looked quick from the moment they took to the track at the start of the final practice session – although their drivers had trouble keeping the car on the track to begin with.

Nico Rosberg ran wide at turn one and Michael Schumacher took to the gravel at turn three. But it didn’t keep them from leading the early running.

Red Bull appeared to be keeping some performance in reserve. But just as they were beginning to show some of the RB8’s real potential, Sebastian Vettel spun into the gravel, bringing his session to an end.

He wasn’t the only one of the top drivers in trouble. Schumacher spun into the gravel at turn nine with five minutes remaining.

Romain Grosjean had just gone quickest at the time. Once the yellow flags came back in, Hamilton pumped in a 1’25.681 to head the times by less than a tenth of a second.

Mark Webber made it three different teams in the top three, taking third ahead of Jenson Button and the two Mercedes.

The Ferrari drivers struggled. Felipe Massa had his second spin of the weekend and Fernando Alonso had the F2012 by the scruff of the neck trying to wring a lap time out of it.

Both Marussia drivers lapped within 7% of the quickest time, which bodes well for their chances in qualifying. But the HRTs were around a second and a half away from that target.