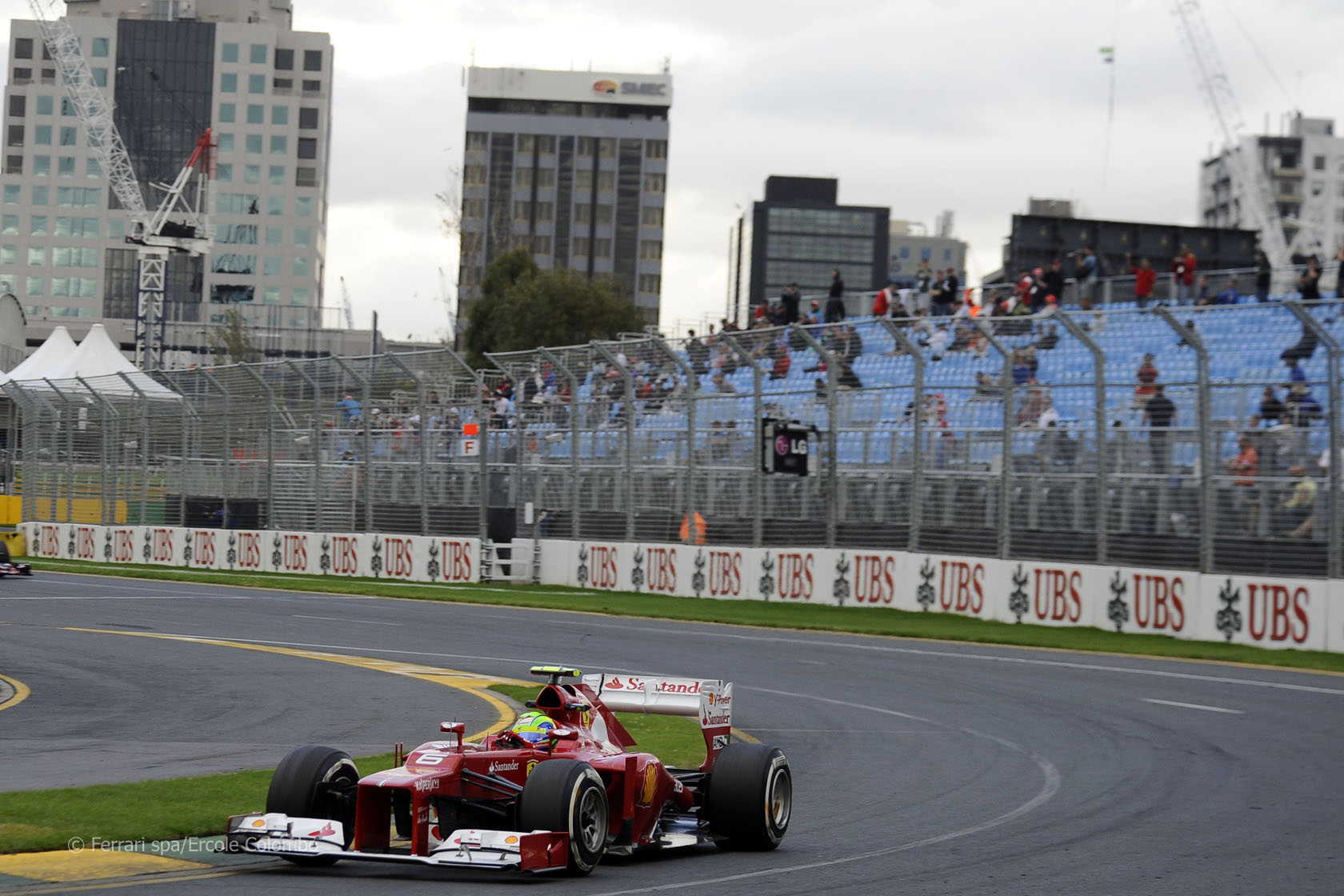 Both Ferrari drivers were eliminated before the top ten shoot-out in qualifying for the Australian Grand Prix.

Fernando Alonso had set the fifth-fastest time when he spun at turn one. He put two wheels on the grass on the run towards the corner and spun backwards into the gravel.

Alonso was visibly frustrated at not being pushed out of the gravel by the marshals. The session was red-flagged while his Ferrari was recovered.

“He had managed to keep the engine on, waiting for the marshals who did nothing,” the team lamented on Twitter.

Alonso slipped to 12th by the end of the session. Felipe Massa ended the session 16th, a second slower than his team mate.

The Ferrari F2012 has proved problematic in testing and looked difficult to drive in Melbourne.

86 comments on “Ferrari miss out on top ten in qualifying”