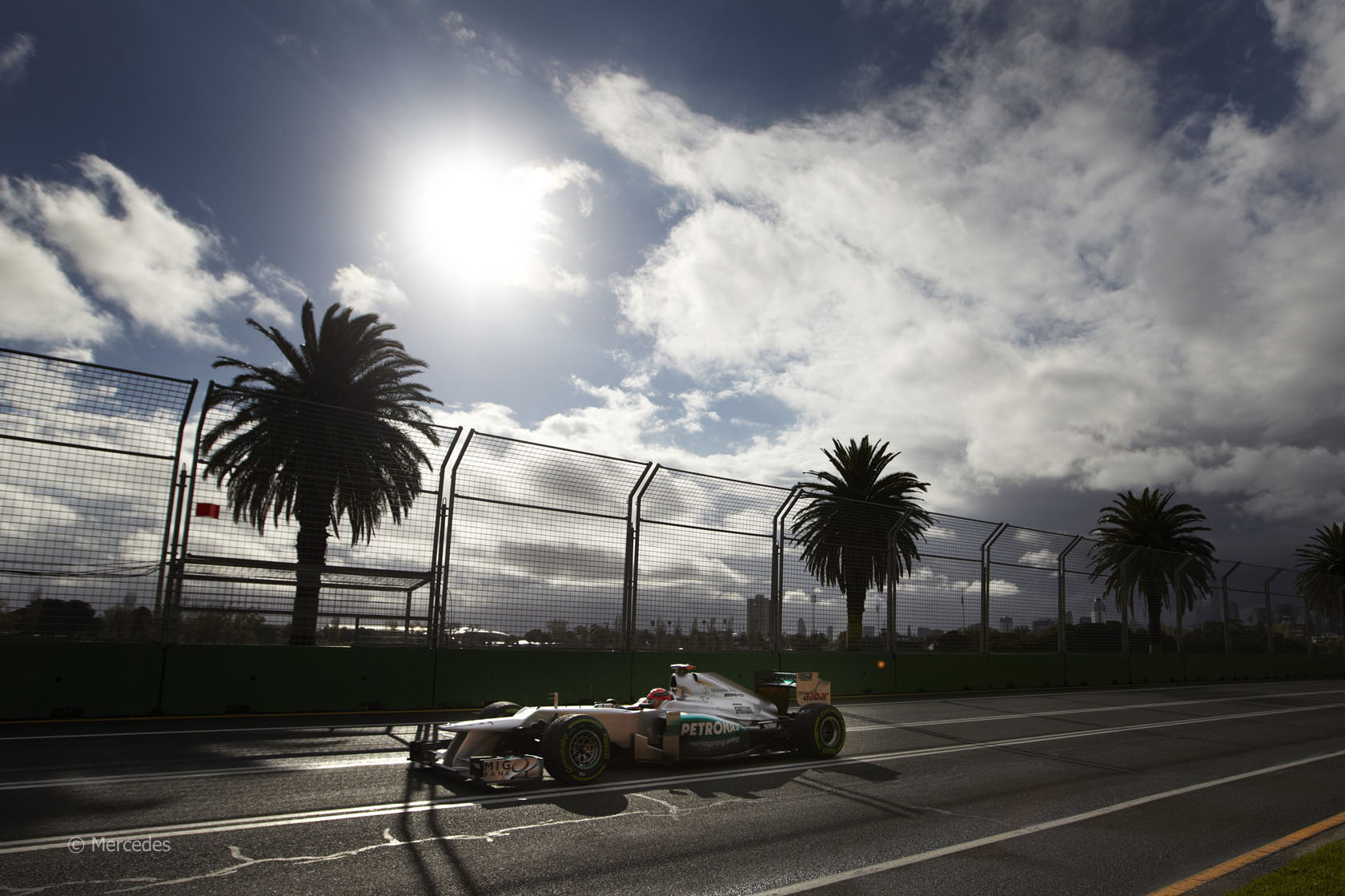 Practice started in wet conditions once again – though this time they were even wetter than had been seen in first practice.

This led some teams to do their initial running on wet weather tyres, while others hung back in the pits waiting for conditions to improve.

The soaked track caught out several drivers including Daniel Ricciardo, who had a high-speed spin in his Toro Rosso.

Mark Webber was one of several drivers to cut across the run-off at the first corner. Sergio Perez went into the gravel trap at turn 14 but was able to drag his Sauber out of it and get back to the pits.

Fernando Alonso was one of the first drivers to use intermediates, hustling his Ferrari around the Albert Park track to set the fastest time.

His place at the top of the times was later taken by Michael Schumacher. But a trip off the track caused front wing damage to his Mercedes.

The final quarter of an hour saw a flurry of laps as the drivers got the most out of a precious window of opportunity to do laps on slick tyres.

Felipe Massa and Paul di Resta swapped the fastest times to being with before Schumacher returned to the top of the times with a 1’30.643.

Nico Hulkenberg was the first man to lap in under 90 seconds and looked set to hold onto the top spot as he continued to improve his time on soft tyres.

He and Schumacher traded times but the Mercedes driver was the last to set his final lap and was quicker by a tenth of a second.

Perez was third-fastest for Sauber. Team mate Kamui Kobayashi lost control of his car at the end of the session and skidded sideways down the start/finish straight.

Heikki Kovalainen was eighth-fastest for Caterham but also has a scare when he went off at the first corner and rejoined the track as two other cars were passing by.

The was more woe for HRT. Pedro de la Rosa did a single installation lap in his HRT, the team struggling with a combination of front wing and hydraulic problems.

Narain Karthikeyan was able to run during the session but came to a stop shortly before the chequered flag came out.