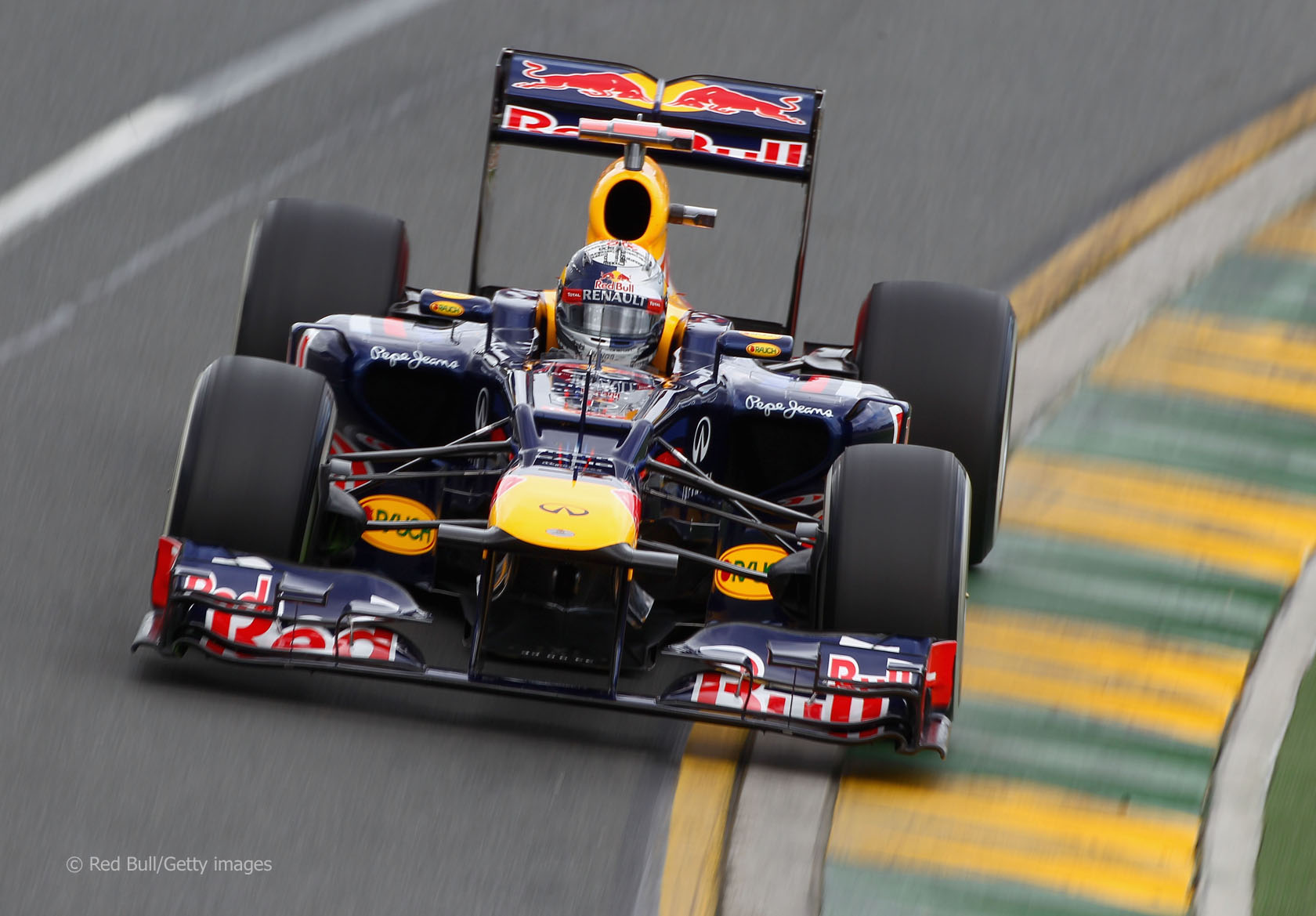 Jenson Button was quickest in the first practice session for the Australian Grand Prix.

The McLaren driver headed the times on a drying track with team mate Lewis Hamilton second-fastest.

Michael Schumacher was third-fastest ahead of Fernando Alonso. The Ferrari driver grappled with his car during the session, the car almost spinning away from him as he finished his final lap.

The F2012 had already got the better of Felipe Massa. His session came to an end 15 minutes before the chequered flag came out. He put two wheels on the damp grass at turn nine and spun into the gravel.

The Toro Rosso drivers made the early running when the track was damp. As the conditions improved, more cars joined the track and by the final half-hour most were running on slick tyres.

Mark Webber and Kamui Kobayashi took turns heading the times but with 20 minutes to go the Mercedes drivers were swapping this the fastest times.

Schumacher’s time remained quickest until the final ten minutes of the session, when Button took over at the top of the times.

Kimi Raikkonen had a low-key return to F1 – he did a single installation lap then spent much of the session in the pits having his steering seen to. He eventually made it out in time to set the ninth-fastest time.

HRT had a slow start to the season. Narain Karthikeyan managed just three laps before his car stopped on the track, and Pedro de la Rosa didn’t appear at all.

Marussia, meanwhile, managed to get both cars on track, but were by far the slowest.