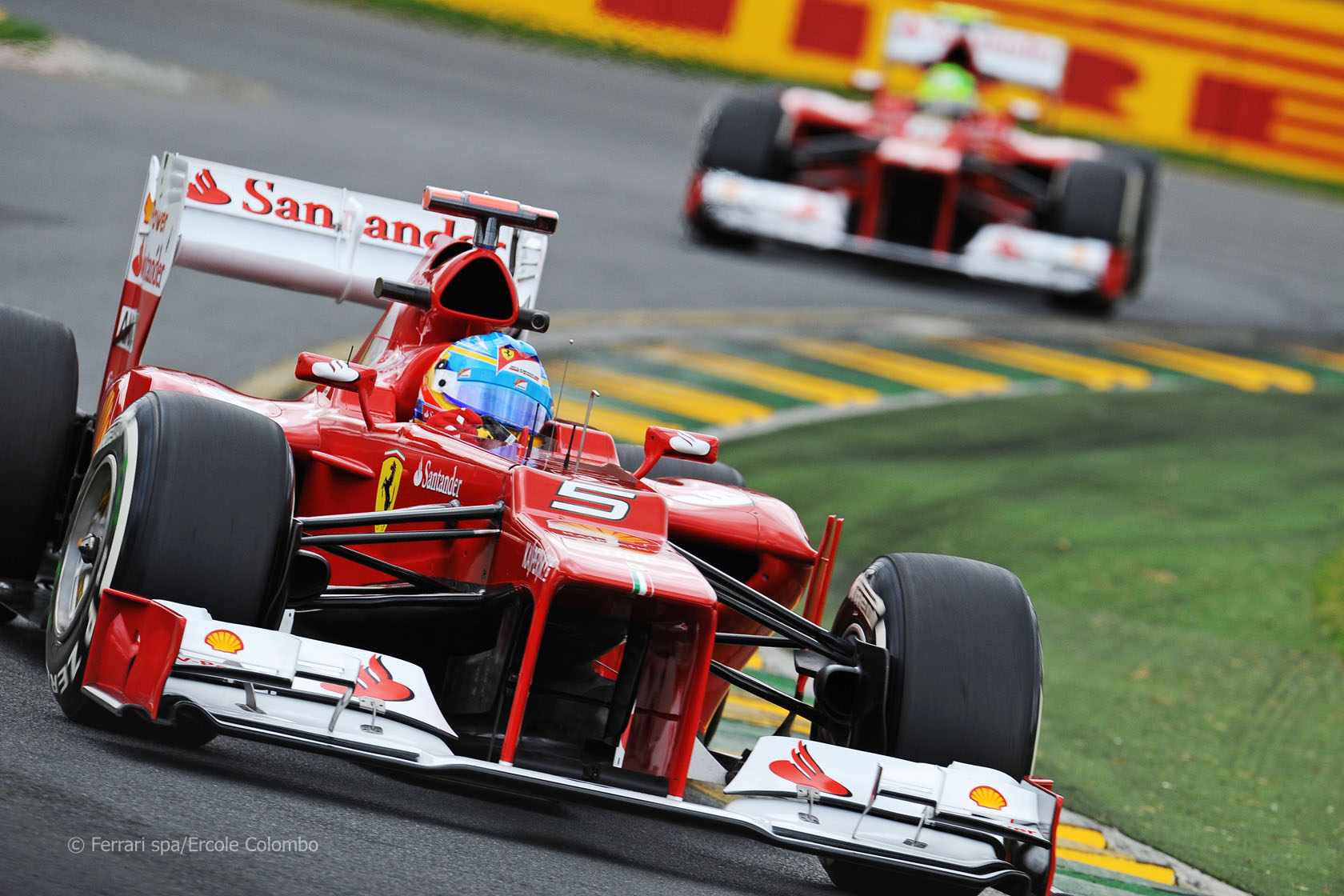 Fernando Alonso expects some change to the usual running order in qualifying for the Australian Grand Prix.

Speaking after rain disrupted both of today’s practice sessions the Ferrari driver said: “There?óÔéĽÔäós no point looking at the time sheet from today with a view to making predictions for qualifying.

Two dry sessions might have given us more of an indication what shape the teams are in heading into the first race of the season. But there’s little to be gleaned from Friday’s practice data.

Michael Schumacher was quickest at the end of the second session but was cautious about Mercedes’ potential:

“I would not go so far as to speak about being confident, as the weather conditions were too mixed to gain a clear picture,” he said. “We know what Friday sessions are for and don’t know what fuel loads others were running.

“On the other hand, it is good to see that we were competitive in different circumstances today and that the car provides good handling – I just feel it.”

Looking at the longest stint lap times from the second session (above) Red Bull, McLaren and Mercedes had comparable rates of drop-off in their performance. Where Ferrari are in this picture is even harder to tell as their stints were shorter.

Ordinarily teams would use this part of the session to compare the tyre compounds on offer, but their ability to do that was limited by the conditions.

Red Bull put both their drivers on the soft tyre for this late stint. Jenson Button did the same, whereas Lewis Hamilton used the medium.

Schumacher also used the medium for his last stint. Pirelli said the tyre was “particularly well suited to the conditions” and added: “the performance gap between the two compounds has significantly decreased”.

Here are the drivers best sector times from the second session:

Despite having had little pre-season running, Marussia look capable of beating the 107% rule in Q1 and making it into the race. Timo Glock was only 3.9% slower than Schumacher in the second session.

Unlike all of the drivers in front of him, Glock set all three of his best sectors on that lap. But even knowing that – and assuming this was a low-fuel run on new, soft tyres, and that the faster cars will pick up more time on a fully-dry track – this is a positive sign the MR01s can qualify on merit.

It’s hard to be similarly optimistic about HRT’s chances, but at least they have done more running so far than they had at this point last year.

Mercedes’ rear wing, which is believed to enhance the power of its DRS to give it superior drag-reduction, has been the focus of much discussion. Schumacher was the second-fastest driver through the speed trap in both sessions.

Last year we grew accustomed to seeing Red Bull towards the bottom of the speed trap times and that was the case here as well. However the rapidly-drying track in the second session appears to have exaggerated the difference.

Reckon you can predict the top five finishers in the race? We’ve got loads of prizes to be won in the F1 Fanatic Predictions Championship so enter here now: