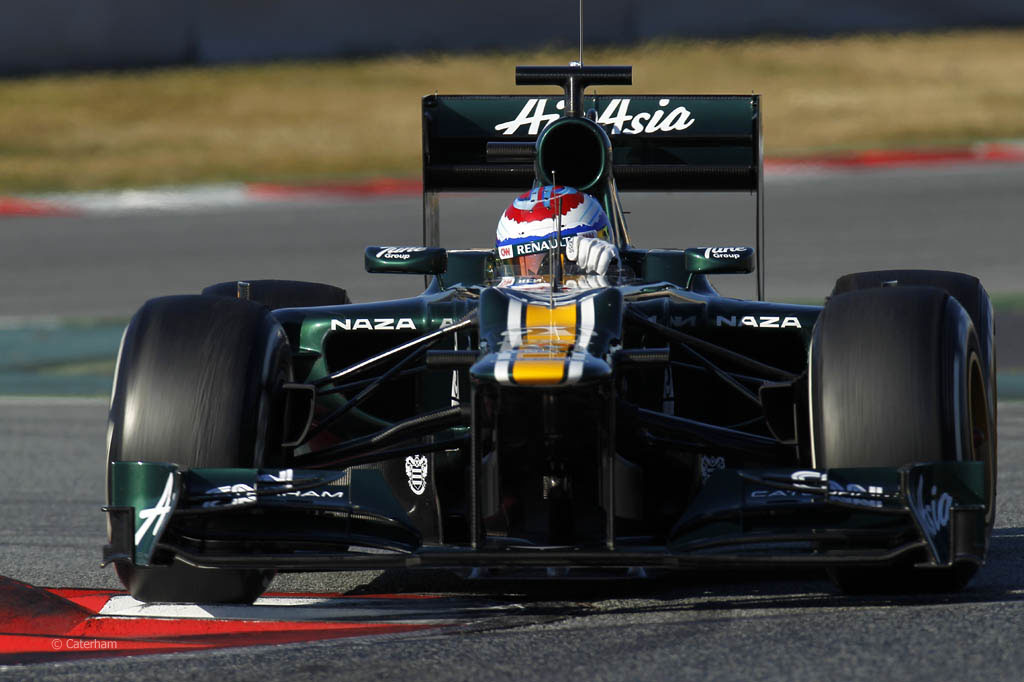 Caterham aim to bring their CT01 closer to the opposition with an aerodynamic update at the first race of the year.

Technical director Mark Smith said: “Since pre-season testing we will have a new front wing and bodywork cooling option available to us.

“The front wing is simply a logical step in aerodynamic development and has been an integral part of the aero package for a while, but will be introduced for the first time in Melbourne.

“The cooling option gives us more opportunity to optimise cooling requirements versus aerodynamic performance which is a further step forwards from the package we ran in Barcelona last week and gives us more options to work with at the first race.”

Smith added: “Whilst the cars will have a high average speed at this circuit the aero set-up will still be relatively high downforce.”

The Australian Grand Prix will also mark the first race for the team’s Kinetic Energy Recovery System. Smith said: “Overtaking here is difficult so KERS and DRS will be valuable tools and of course for Caterham F1 Team this will be the first opportunity to use KERS in a race environment.”

Vitaly Petrov will be starting his first race for the team. He said: “I?óÔéĽÔäóm really enjoying life with my new team.

“It?óÔéĽÔäós still early days, but I?óÔéĽÔäóve been given a great welcome by everyone and I?óÔéĽÔäóm starting to build a good relationship with my engineer, so i think we have a good year ahead of us, whatever happens.”

Petrov, who scored his first podium finish in Melbourne last year, hopes to capitalise on any problems for the other teams in the first race of 2012:

“Usually there are quite a few retirements in Australia, and there are a couple of areas of the track that don?óÔéĽÔäót leave any room for error, so I hope we?óÔéĽÔäóre there at the end of the race and able to take advantage of whatever’s happened ahead.”