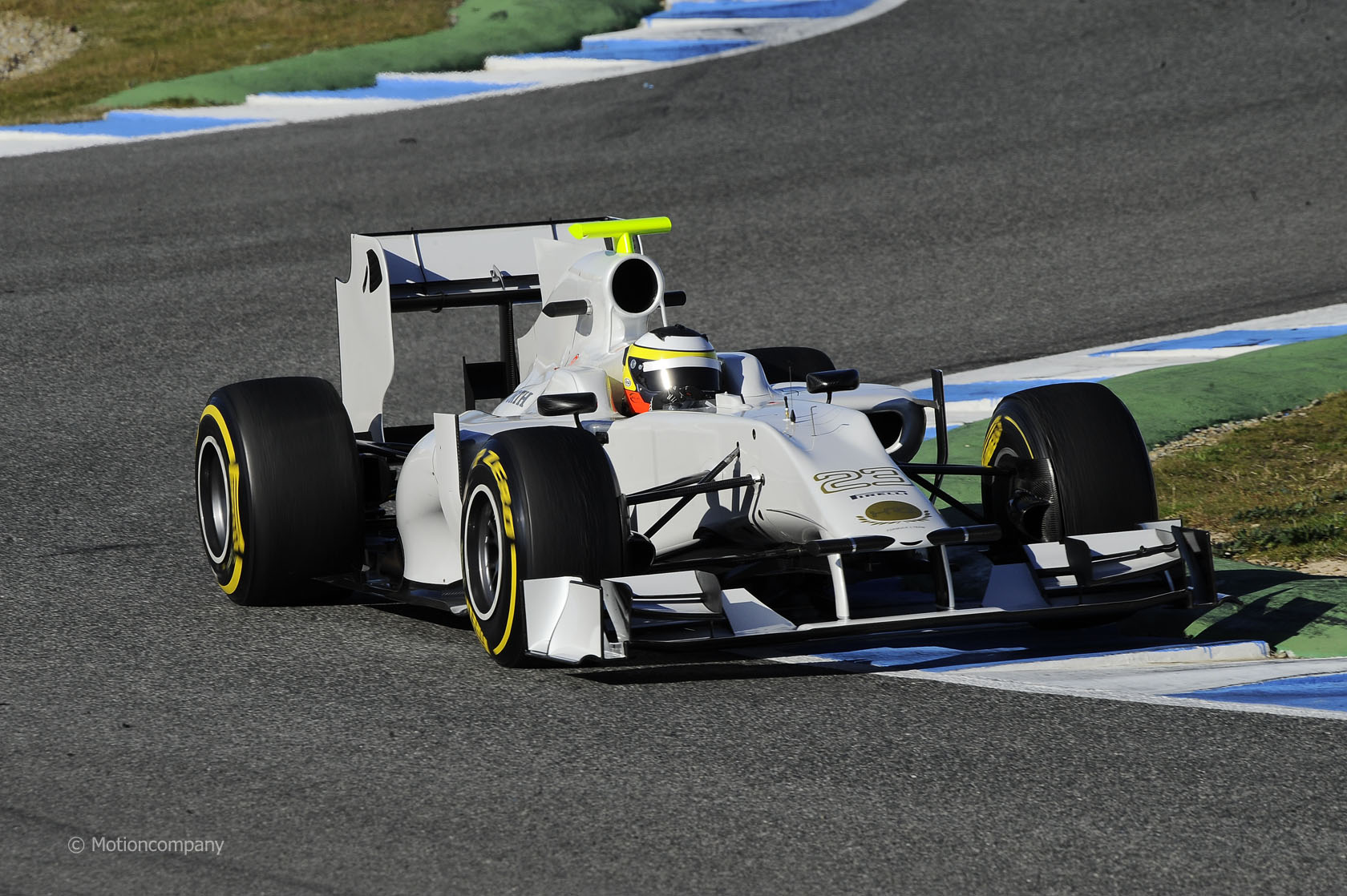 In the round-up: HRT plan to run their new F1 car for the first time today in a filming day.

“HRT say the F112 will appear for the first tomorrow tomorrow with Narain Karthikeyan at the wheel at the Circuit de Catalunya.”

Asked, “What tyres are HRT using tomorrow for the new F112?”: “No idea… from annual allocation, did not know they were running.”

“In the hunt for the podium in Melbourne? At the moment I?óÔéĽÔäód say no. We are disappointed with the performance level seen at these tests and I think we have a lot of work ahead of us.”

“But there are five or six teams that are a much closer grouping than we have seen for a number of years. I have a feeling it is going to be quite close when we get to the first few races.”

James suspects Ferrari aren’t in as much trouble as some have claimed:

I wonder if Ferrari?óÔéĽÔäós issues and blunders are a little overplayed? Their times haven’t been too concerning.

I?óÔéĽÔäód say they?óÔéĽÔäóre sandbagging a little bit (yes, cue the “it?óÔéĽÔäós testing, what?óÔéĽÔäós the pointing sandbagging?” counter-arguement) and just generally playing their cards close to their chest. Perhaps cancelling the press conferences yesterday and today with Massa & Alonso respectively was just a ploy. Maybe Ferrari want to get feedback from them in as much detail while it?óÔéĽÔäós fresh in their minds?

Let’s not forget that Ferrari don’t really give much away to the media anyway unless they can help it.

On a different note, great outing by Lotus today, I would expect them to be the outside bets for the first few races before the teams return to Europe.
James

Two of our online racing leagues had the final rounds of their latest seasons yesterday.

First up was the Collantine Cup which was won by iamsa8. See the final standings here.

However the F1F PS3 Winter Series Championship had a slightly anti-climactic ending, as bradley13 explained:

“Unfortunately neither Championship contender (Moss-611 and Brooksy007) made the race and so MoSs-611 was handed the Championship. Abboracing picked up his second ever pole position but after a very intense race JamieFranklinF1 came out as the winner, his first victory of the season.”

Congratulations to all our winners!

Niki Lauda scored his first win for Ferrari, following his fiery Nurburgring crash the year before, on this day in 1977.

But the race was marred by another crash which claimed the lives of Tom Pryce and marshal Jansen van Vuuren.

To find out more about Pryce, I recommend David Tremayne’s excellent book The Lost Generation.

This video shows the grid, formation lap and the start of the race (and not Pryce’s crash):