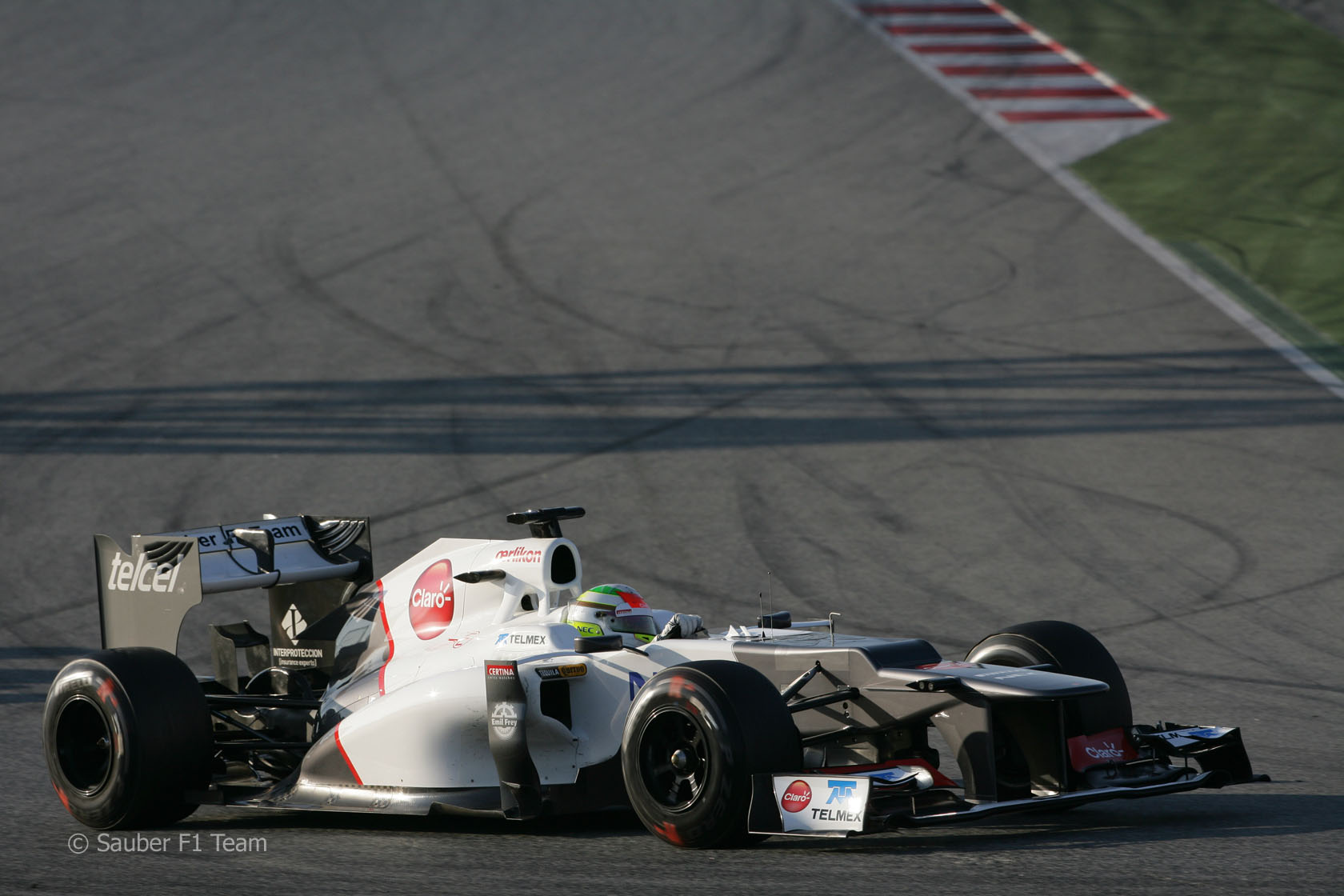 Sergio Perez was fastest for Sauber in the third day of the final test at the Circuit de Catalunya.

Perez set his fastest time on soft tyres, edging Jenson Button by nine-thousandths of a second. The McLaren driver used the same compound for his time.

Felipe Massa used the same rubber to set the day’s fourth-best time, with a 1’22.413 in the Ferrari.

The Italian team set tongues wagging by cancelling their media activity at the track over the weekend, meaning their drivers will not be quizzed by journalists.

McLaren and Red Bull ran new upgrades for their cars. Button had a quiet morning and logged just 44 laps by the end of the day.

Kimi Raikkonen also had limited running as the team made changes to the steering on his Lotus E20.

Rain fell at the circuit in the second half of the afternoon session, limiting the teams’ opportunity to run on slicks. However several drivers were able to do race simulations before the track became wet.

The session ended with the top nine drivers covered by less than nine-tenths of a second.

In marked contrast to yesterday there was just a single red flag during the session, caused by Bruno Senna’s Williams.

Meanwhile HRT confirmed they will not run in the final day of testing tomorrow. They are now aiming to give the F112 its first run in a filming day at the track on Monday.