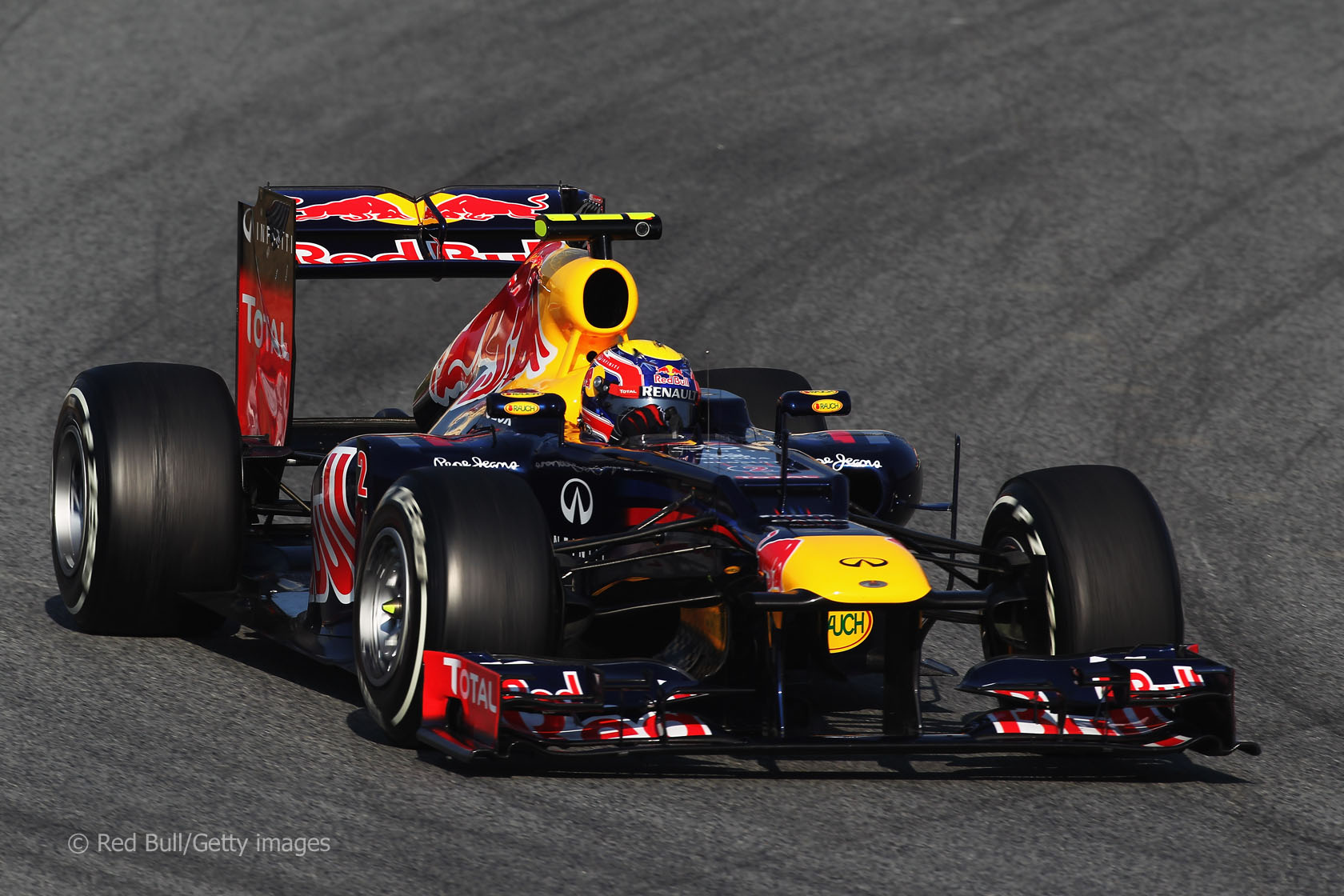 In the round-up: Red Bull are set to reveal a series of upgrades for their RB8 as pre-season testing draws to a close.

Ted Kravitz: “It’s not only parts, it’s a whole new car that’s being flown out from the Red Bull factory in Milton Keynes.”

“We get some new bits and pieces for the next two days and then we should know more. If you look up and down the pit lane my guess is that everybody else is more or less in the same situation. Of course the last couple of days are quite significant as you get the car closer and closer to what you will be racing. So let?Û‘Èº‘‰Ûs wait and see if we have the right bits and pieces.”

“The car is strong. Stronger than it was last year. I think we are relatively strong compared to the others. I am not saying we are the fastest ?Û‘Èº‘«£ we will find out when we get to Melbourne. But I definitely think we have a competitive car and should be fighting for a podium.”

“The best is if you have [no degradation]. Everybody has some. I don’t know where we are compared to the others, but I have seen some can do better. So, certainly, we can improve.”

“We started off with an exhaust system configuration that was particularly aggressive, but after last week?Û‘Èº‘‰Ûs test, it was clear this solution still required a lot of development before it could be used in a race. We opted for a more conventional configuration. Obviously, having developed the car to suit this innovative exhaust concept, now we must re-optimise everything in just the few days left before Australia.”

“Feeling better today, lost 3kg in a day though, engineers happy but piling it back up now when appetite is back!”

“The U.N. human rights office in Geneva said Bahrain formally requested postponing until July the visit by the special rapporteur on torture, which had been scheduled for March 8-17.”

“They?Û‘Èº‘‰Ûre all a bit precious now, aren?Û‘Èº‘‰Ût they? I mean, if they get brought up in front of the stewards, they bring along their barristers and their technicians, crying and all that carry-on. When I was racing, if someone did the wrong thing by you, then you?Û‘Èº‘‰Ûd put his name in your little book and get even later on.”

Bigbadderboom on Frank Williams reducing his responsibilities at Williams:

Although it’s sad to see the process of Franks withdrawal beginning, it does seem to be perfectly timed with all of the other restructuring that has been done at Williams.

Frank has always been a hero of mine, he has overcome adversity both professionally and personally, and is a real example of what a “Never say die” attitude can achieve.

But I think he and Patrick Head realised that the team needs new blood and recent appointments, I think Williams will be one to watch in a couple of seasons, I would love to see them return to their former glories.
Bigbadderboom

The 2002 season got off to a spectacular start in Melbourne as a huge crash eliminated several drivers at the start.

That paved the way for Mark Webber to score a memorable fifth place on his debut for Minardi.

43 comments on “Red Bull to bring major update for RB8”