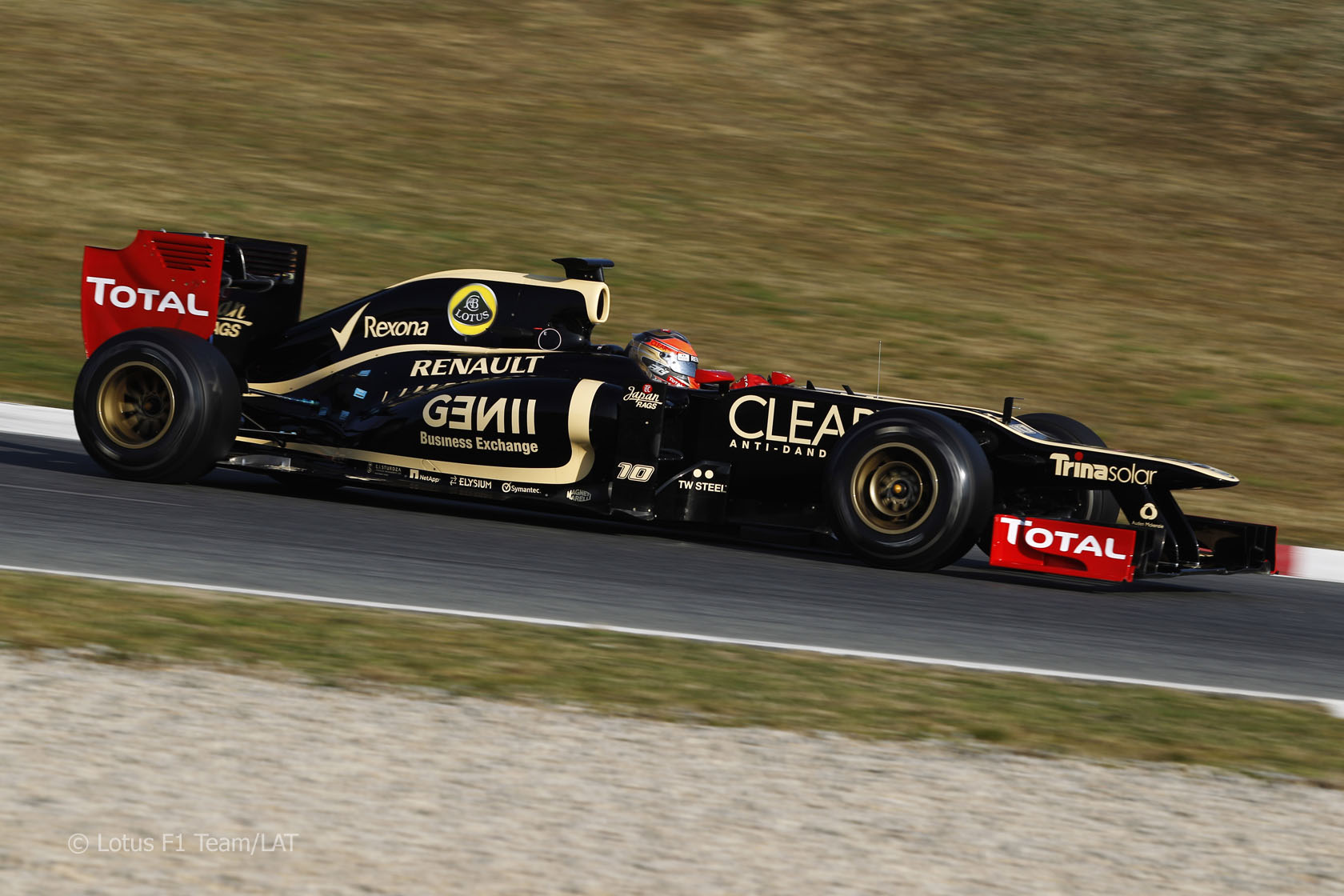 Romain Grosjean headed the testing times fos a second day in a row at the Circuit de Catalunya.

The start of the session was delayed due to fog. The morning running was repeatedly interrupted by a series of red flags.

Michael Schumacher caused two of them in his Mercedes, and Pastor Maldonado, Sebastian Vettel and Vergne all stopped on the track as well.

In addition to the fog, there was a further red flag for debris. Nico Hulkenberg caused the eighth and final red flag after the lunch break.

In between the red flags, Vergne posted a lap of 1’23.126 on soft tyres to go fastest. He had just switched to super-softs for another effort when his car stopped on the track, and after that was missing for much of the remainder of the session.

But late in the session Grosjean beat his time with a 1’22.614, also set on soft tyres.

Vettel used medium tyres to post the third-fastest time later on in the day. Fourth fastest was Fernando Alonso in the Ferrari, setting a 1’23.447 on hards, before running a race simulation in the afternoon.

Heikki Kovalainen used super-soft tyres to set the fifth-fastest time, 1.2s off Grosjean’s pace. He, Alonso and Grosjean did the most running, each completing more than 100 laps.

Kamui Kobayashi lost over an hour with an hydraulic leak. But Hulkenberg lost a significant amount of time when his car stopped with a driveline issue, limiting him to just 33 laps.

54 comments on “Grosjean tops the times again in disrupted session”