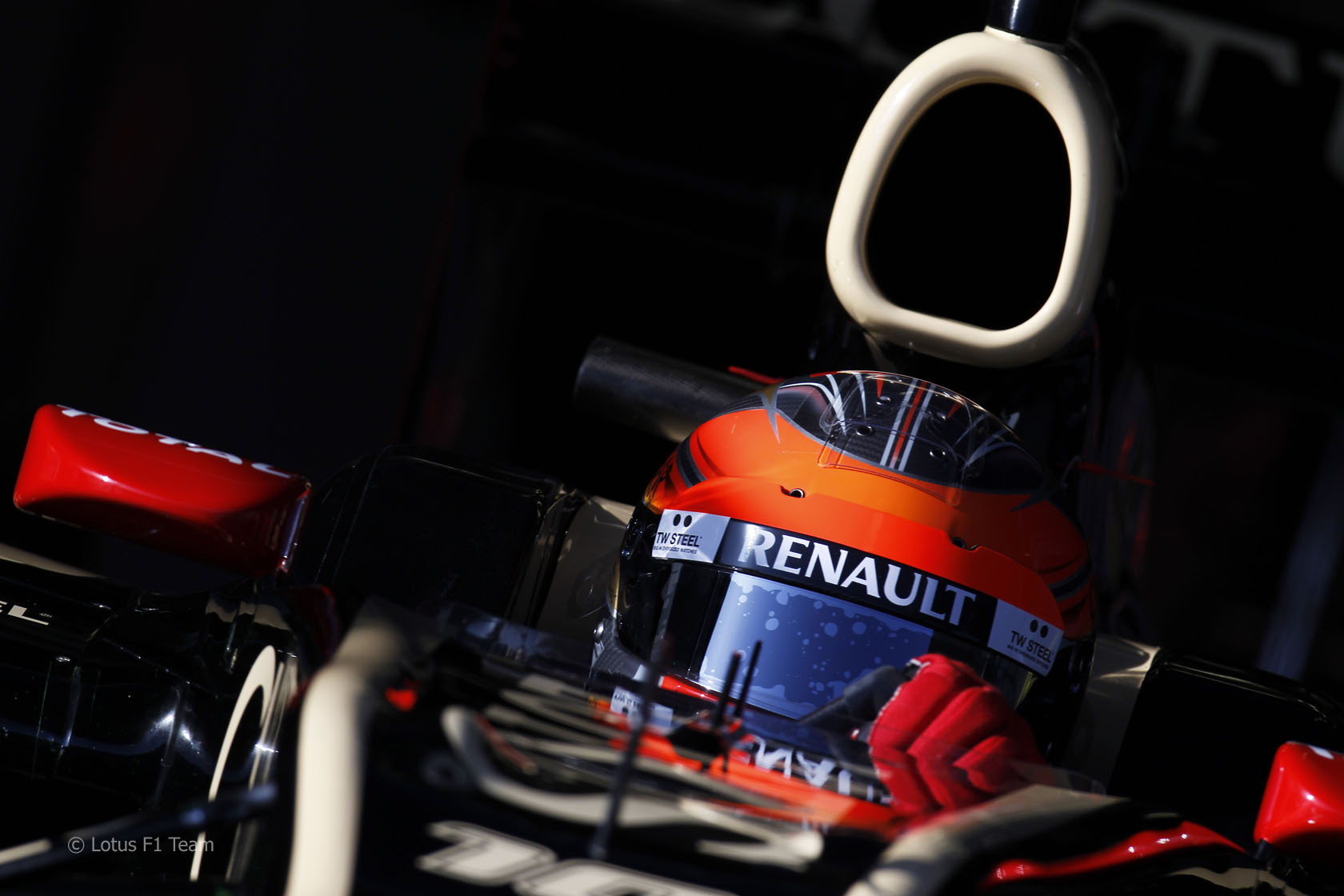 Lotus have been forced to cancel their running in today’s test after discovering a problem with their new E20 chassis.

Romain Grosjean was shaking down the second of the team’s E20s at the Circuit de Catalunya.

Trackside operations director Alan Permane explained: “This morning was our first shakedown of our second chassis.

“Once the car was on track it was soon evident that everything wasn?óÔéĽÔäót quite as it should be. As a precaution we are returning the chassis to Enstone for further investigation. Chassis E20-01, which we used in Jerez, is being sent over and we expect to be on track with that chassis tomorrow.”

Grosjean said: “We completed a few aero runs and then started timed runs, but I was very quickly aware that the car wasn?óÔéĽÔäót responding as it should.

“It?óÔéĽÔäós not ideal to lose track time, but fortunately we will have the chassis which ran perfectly in Jerez so I should get some good track time tomorrow. It?óÔéĽÔäós far better that we have an issue like this now rather than in Melbourne.”