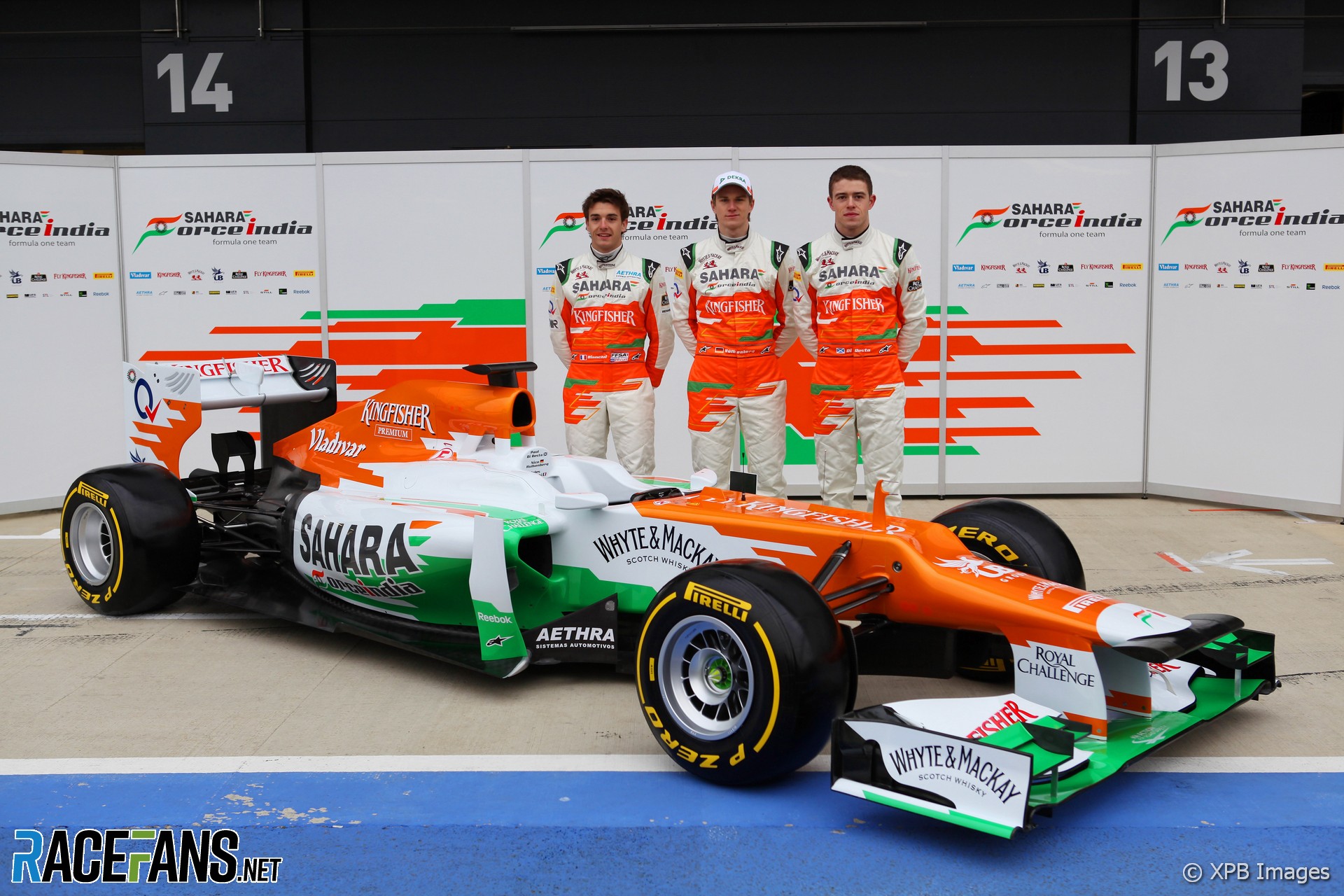 Force India have launched their 2012 F1 car at Silverstone circuit.

The VJM05 is their fourth car to use a Mercedes engine. It will be driven by Paul di Resta and Nico Hulkenberg, the latter taking Adrian Sutil’s place at the Silverstone-based squad. The team’s test driver Jules Bianchi was also present at the presentation of the new car.

The team aim to build on their best-ever result of sixth in the constructors’ championship last year.

Di Resta, who starts his second season with the team, said: “The thing we’re going for this season is a stronger start than we did last year.

“Our momentum towards the end of the year was incredible and I think everyone is still on a buzz from that and it would be great to start from where we left off.”

“I want to do better, that’s my main focus. Last year we were very close to coming fifth as a constructor and we met our ambitions by finishing sixth.

“We’ll keep moving on, as long as it’s upwards, that’s the main focus. We need to push and carry that momentum from last year.”

Di Resta and Hulkenberg each have a single F1 season to their name. Di Resta added: “Hopefully me and Nico can work well together. We’re quite young but we’re very ambitious.”

Hulkenberg, who drove for Williams in 2010 and was Force India’s reserve driver in 2011, said: “It feels good to be making a return to F1.

“I was very happy when I found out because last year, sat on the sidelines wasn’t easy. But still a good year because Force India gave me the opportunity to prove my skills on Friday mornings.

“I think I improved and continued to learn in 2011, but in different ways. Obviously I wasn’t driving, but behind the scenes, on the pit wall seeing how everything worked – these are all things that should help me in races.”