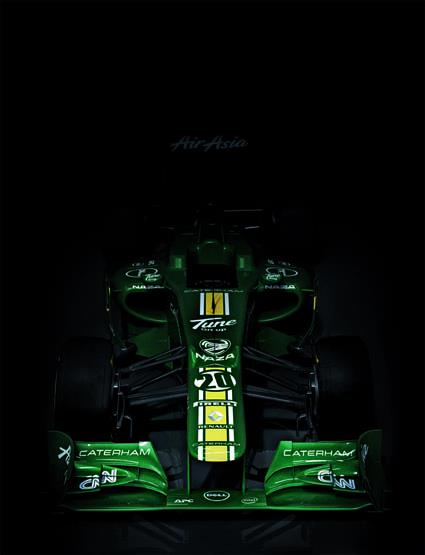 Caterham chief technical officer Mike Gascoyne says the team stand to benefit from the ban on exhaust-blown diffusers in 2012.

Gascoyne said: “The fact it’s banned this year certainly plays to our advantage. Other teams had so much more development time, they were able to get much more out of it than we were ever able to, so that eliminates a little of the competition in terms of technical development.

“But really, aerodynamics is always one of the main features of development and that’s why we’ve put so much additional resource into it.”

He added the introduction of KERS to the team’s new F1 car will also help them close the gap to the midfield:

“Towards the end of last year it really started to affect us racing with the midfield cars. It hurt us in qualifying and in our eventual race positions. At the last race in 2011, Heikki made a good start and gained a lot of positions but then lost out by not having KERS.

“Having KERS embedded into our 2012 car is another good step forward for us. We had our best ever qualifying in relation to the cars ahead of us in Brazil, and with KERS we could have possibly out-qualified a few of them. So, again, we have another good reason to be very positive about 2012”

The team revealed its CT01 yesterday to much reaction over its unattractive nose design. Gascoyne expects other teams to have similar solutions: “The regulations have changed to limit the height of the nosebox to try to ensure that noses don’t get too high. Our challenge is that you always want to get the chassis as high as possible to allow clean air flow to the underside of the car, and what you see on the CT01 is our solution to that.

“As we’re the first car out it is obviously stirring up a lot of debate, but because of the 2012 regulations I think you’ll probably be seeing this type of nose on most of the cars this year.”

He added the construction and completion of the new car had been aided by improvements within the team:

“It’s the first year of real stability for us on the technical side, and by keeping the Renault Sport F1 engine and Red Bull Technology gearbox, we know exactly what we’re working with and what we can expect. Each year so far we’ve effectively not only had a new design team but also a new gearbox and engine combination.

“Now, however, we have a very stable design team under our technical director Mark Smith, and this means we can take a much bigger step forward in terms of the detail of the design – and that really showed in the homologation process.

“The car build has gone very smoothly. The car will be completely ready for the first test in Jerez on February 7th. In terms of aerodynamic development, we’ve continued our programme in Italy but have augmented that with a development programme in the Williams windtunnel, which has significantly increased our resources.

“All of that means I think we’ll be able to have a better and more competitive car, and we look forward to getting it out, testing it, and proving what the numbers are telling us.”