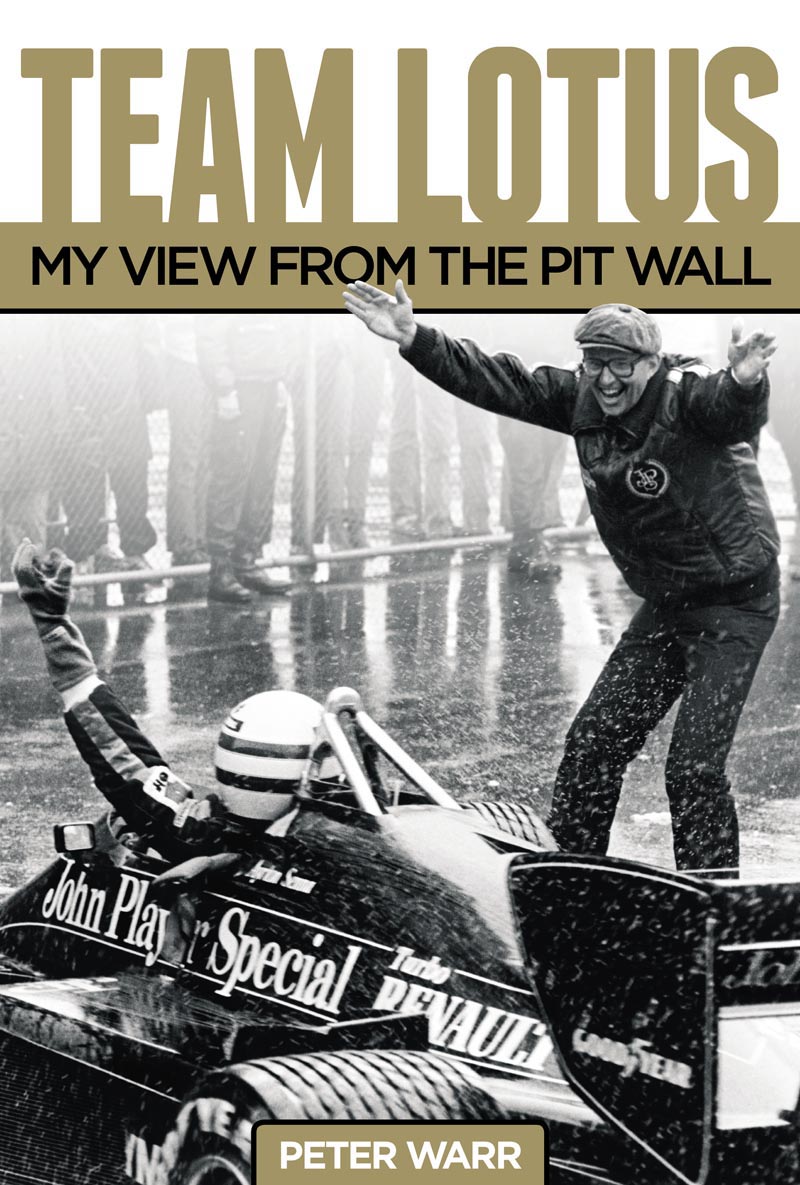 “Nigel Mansell will never win a Grand Prix as long as I have a hole in my arse.”

The memorable words of Peter Warr, former Lotus team principal and Colin Chapman’s right-hand man, as Mansell left the team at the end of 1984. Warr was never short of an opinion or two, particularly on the subject of Mansell.

Not that Mansell didn’t give as good as he got, claiming “most of what he achieved had been on Colin’s coat tails” in his 1995 autobiography.

The passage of time – and Mansell’s eventual tally of 31 career wins, the fourth-highest of any driver – did not cause Warr to revise his view of his former driver.

He spends over a dozen pages on Mansell in this new volume of memoirs, calling him a “seriously flawed driver” who “threw away two championships” and even claiming he got an extended contract at Lotus due to “a completely uncharacteristic moment of weakness” on Chapman’s part.

Clearly, Warr’s memoirs do not suffer from the rose-tinted spectacles effect which can make dreary reading of such works. His trenchant views come across in every page, though few are as negative as those on Mansell.

The books is split into five main sections: on Colin Chapman, Bernie Ecclestone, mechanics, engineers and – by far the longest chapter – drivers.

The latter includes many great names from the golden age of Lotus. Warr critiques them from his unrivalled vantage point having watched so many of them at close quarters. It includes a passage on Jochen Rindt, where Warr gives a considered opinion on the factors leading to his fatal accident at Monza in 1970.

Warr has interesting things to say of Emerson Fittipaldi who excelled for the team but left under a cloud in 1973 after being joined by Ronnie Peterson – who Warr heaps praise on.

The same goes for Ayrton Senna. Warr gives an especially absorbing account of not just Senna’s well-documented genius at the wheel and technical savvy, but also his hard-nosed contract negotiations and how he spurred the team on accelerate development of their cars.

The section on mechanics is also worthy of special mention. It gives credit to the team’s unsung heroes and contains some of the book’s best anecdotes.

Warr’s plain and unvarnished recollections make for a compelling read, one you you wish went on twice as long.

Had Warr not succumbed to a heart attack in October 2010, this might have been so. According to son Andrew, when they unearthed the file on his computer it included a contents list twice the length of the completed material.

Veteran motorsport journalist Simon Taylor finished the book and had the wisdom to use a light touch and leave Warr’s prose virtually untouched, save for a few useful additions to provide necessary context.

The rest of Warr’s memoirs may be lost to us forever, but what remains is an unmissable read.

Buy Team Lotus: My view from the pit wall (UK)

Buy Team Lotus: My view from the pit wall (USA)

30 comments on ““Team Lotus: My view from the pit wall” by Peter Warr – review”