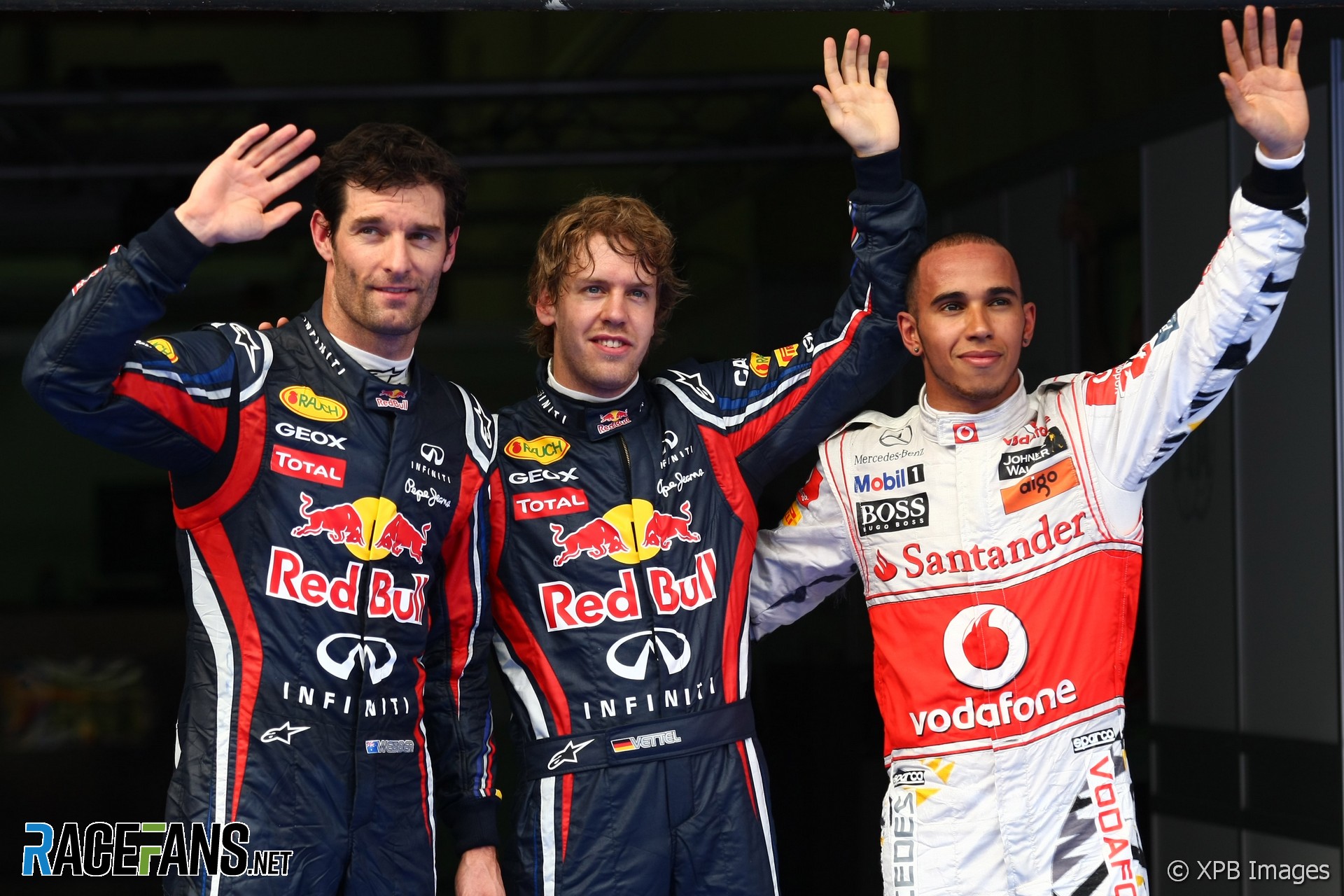 Hamilton held provisional pole at the beginning of Q1 but Vettel found a tenth of a second to take his second pole position of the year.

The McLarens and Red Bulls took up their customary places at the top of the times as qualifying began, with Lewis Hamilton in front of Sebastian Vettel.

But the session came to an early halt after eight minutes when the left-hand sidepod came off Sebastien Buemi’s Toro Rosso. The marshals recovered he lost part and the session was quickly restarted.

Among the teams inconvenienced by the red flag were Ferrari, who had sent their cars out on hard tyres.

They weren’t able to get a time in, and when the sessions resumed they switched to softs to make sure they got through. Felipe Massa set the fastest time with a 1’36.744, just over a tenth faster than Fernando Alonso.

McLaren stuck with the hard tyres and both their drivers improved their times. But Vettel stayed in the garage and his time proved quick enough to get him into Q2.

At the opposite end of the grid the usual suspects were in the drop zone, but all of them were quick enough to meet the 107% time.

Williams ended up straddling the divide between Q1 and Q2, with Pastor Maldonado dropping out in the first session after coming within a tenth of a second of eliminating team mate Rubens Barrichello.

Renault made only one attempt in Q2, sending their cars out with seven minutes left in the session. Vitaly Petrov and Nick Heidfeld put themselves fourth and fifth, and it proved enough for them to reach Q3.

Jenson Button and the two Red Bulls also secured their passage to Q3 with their first runs, all on soft tyres.

Hamilton did his first run on hards and had to go out again on soft tyres to guarantee his pace in the top ten. He fell short of Button by three tenths of a second after locking a wheel at turn one.

A late improvement by Kamui Kobayashi got him into Q3 again and led once more to Michael Schumacher being knocked out in Q2.

The McLarens and Red Bulls were the only cars to go out to begin with. Hamilton set the pace, lapping in exactly one minute 35 seconds, which was better than either of the Red Bulls could manage.

The other cars, which did not have as many sets of soft tyres, only came out for one run at the end.

Hamilton managed to find a few hundredths of a second but Vettel had a little more in hand, and pipped him to pole by a tenth of a second.

Behind them the cars lined up much as they had in Melbourne: Webber ahead of Button and Alonso followed by a Renault – though this time it was Heidfeld instead of Petrov.