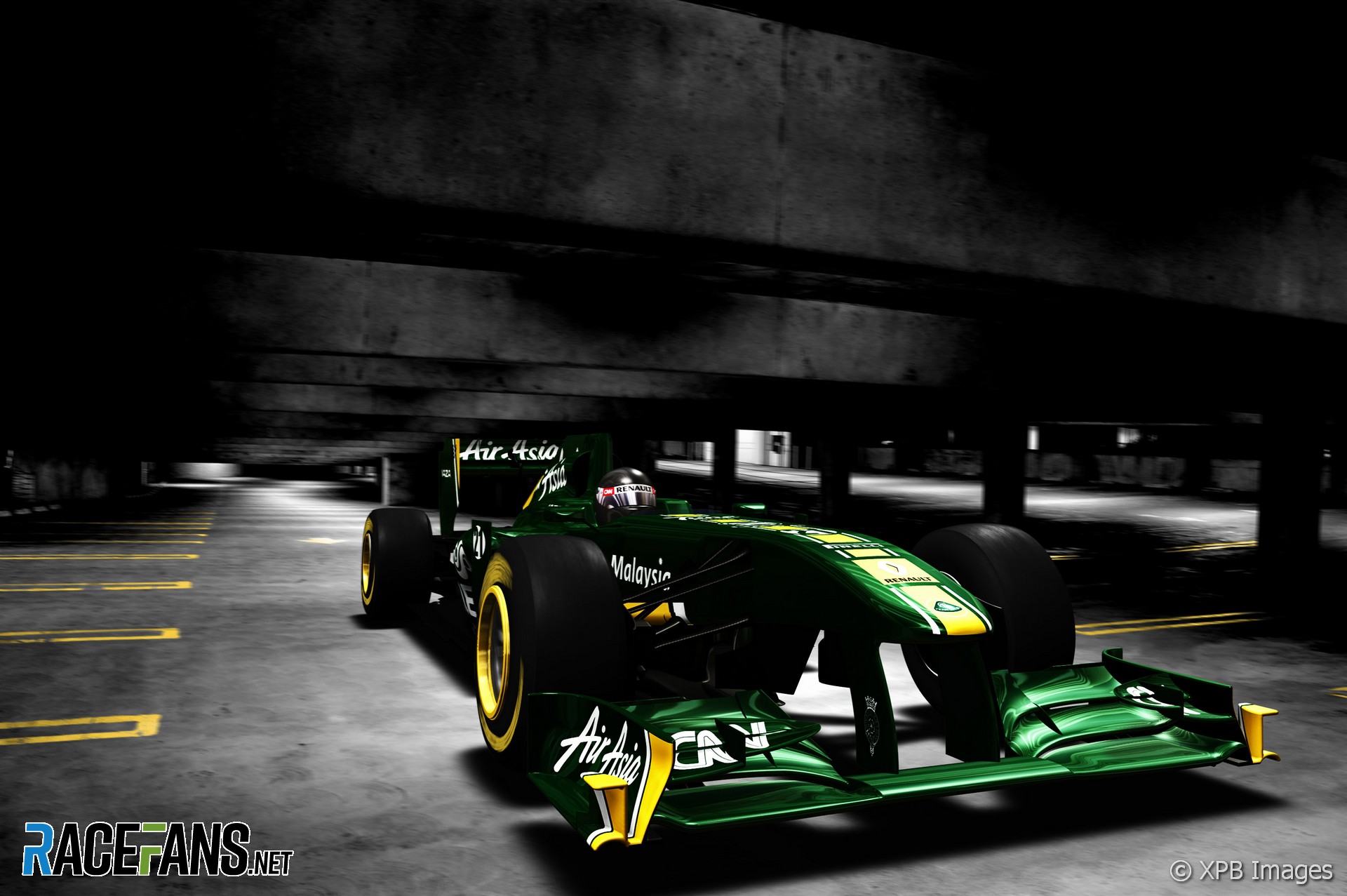 Lotus have revealed the first images of their 2011 F1 car which is now called the T128.

The car was originally supposed to be called the TL11 which, according to the team, was to “simplify what could have been another point of contention” with Renault over the use of the name’Lotus’.

When asked by F1 Fanatic on Twitter about the change of name Tony Fernandes said:

Because we are continuing with history. We are a new dynasty but tradition continues.
Tony Fernandes

One of the most striking features on the car is the use of a ‘blade’ roll hoop with a split air intake. However the central part of the ‘blade’ has to be thicker because of the change in the 2011 rules.

Mercedes pioneered the design last year but the first picture of their new W02 shown yesterday indicated they are not using such a layout this year.