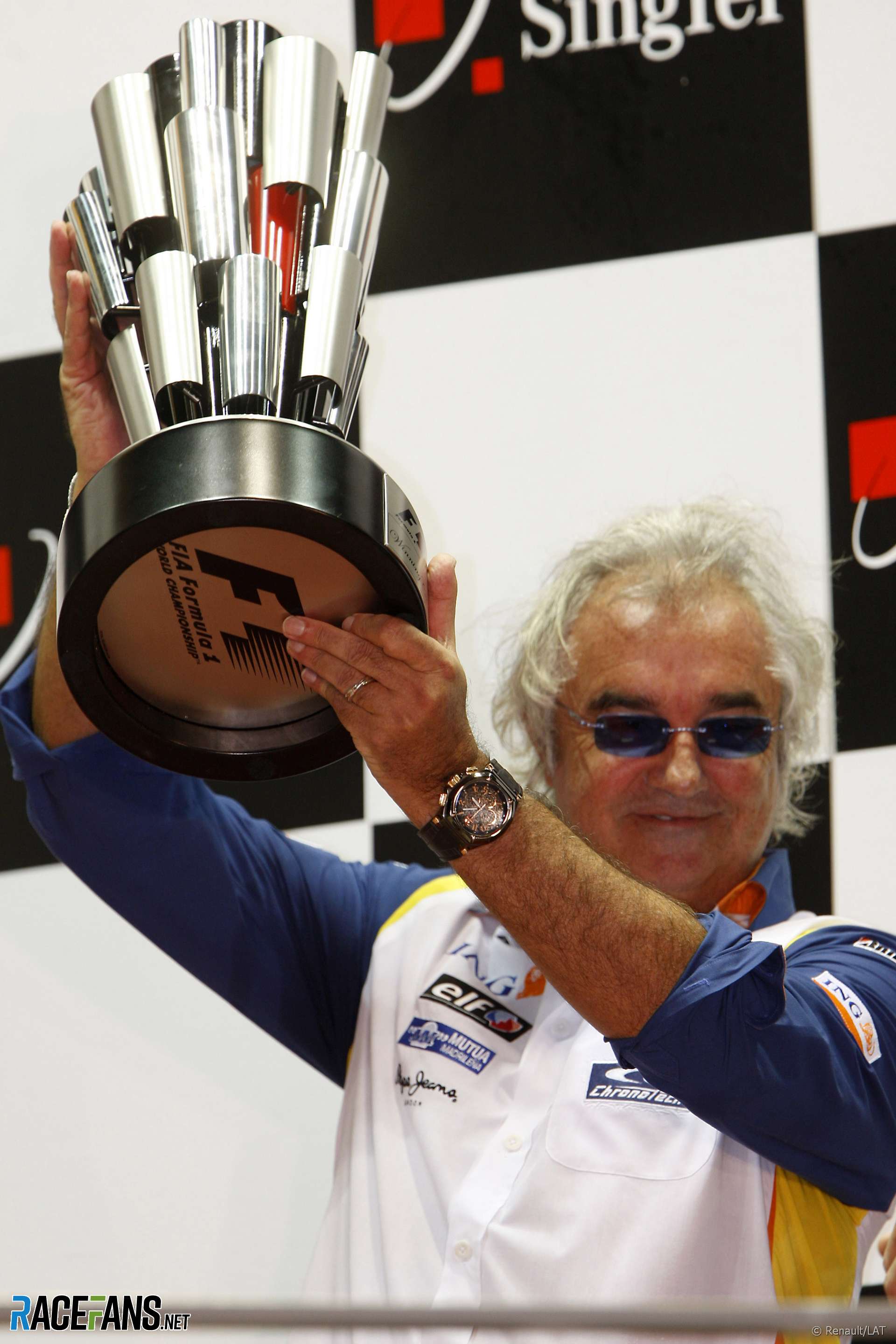 The ban, handed down by the FIA after Briatore was found guilty of ordering Nelson Piquet Jnr to crash during the 2008 Singapore Grand Prix, was cancelled following Briatore’s appeal to the French Tribunal de Grande Instance.

The FIA has criticised the decision and is considering an appeal.

The FIA had achieved its ban by refusing to sanction events in which Briatore was involved, effectively banning him from motor racing indefinitely. Reuters quotes the judge saying “the sanction was illegal”.

But the Renault team largely escaped punishment by the FIA after Briatore and co-conspirator Pat Symonds left the team. But with Briatore’s ban now removed hardly anyone involved in the Singapore scandal has received a significant penalty.

Nelson Piquet Jnr also went unpunished but does not look like finding another F1 drive. As with him, you have to wonder if anyone in motor racing would now wish to be tainted by association with Briatore.

Briatore had demanded €1m in compensation, but received €15,000. Pat Symonds’ five-year ban was also overturned and he was awarded €5,000.

The decision is a rare defeat for the FIA which has usually triumphed when its verdicts have been challenged by external courts. It has already announced it will appeal against the decision by the court.

The FIA has issued a strong criticism of the decision:

The FIA’s ability to exclude those who intentionally put others’ lives at risk has never before been put into doubt and the FIA is carefully considering its appeal options on this point.

The Court’s decision is not enforceable until the FIA’s appeal options have been exhausted. Until then, the World Motor Sport Council’s decision continues to apply.

In addition, the FIA intends to consider appropriate actions to ensure that no persons who would engage, or who have engaged, in such dangerous activities or acts of intentional cheating will be allowed to participate in Formula One in the future.
FIA statement

Should Briatore’s lifetime ban have been lifted?

166 comments on “Briatore wins appeal against lifetime ban from motorsport”