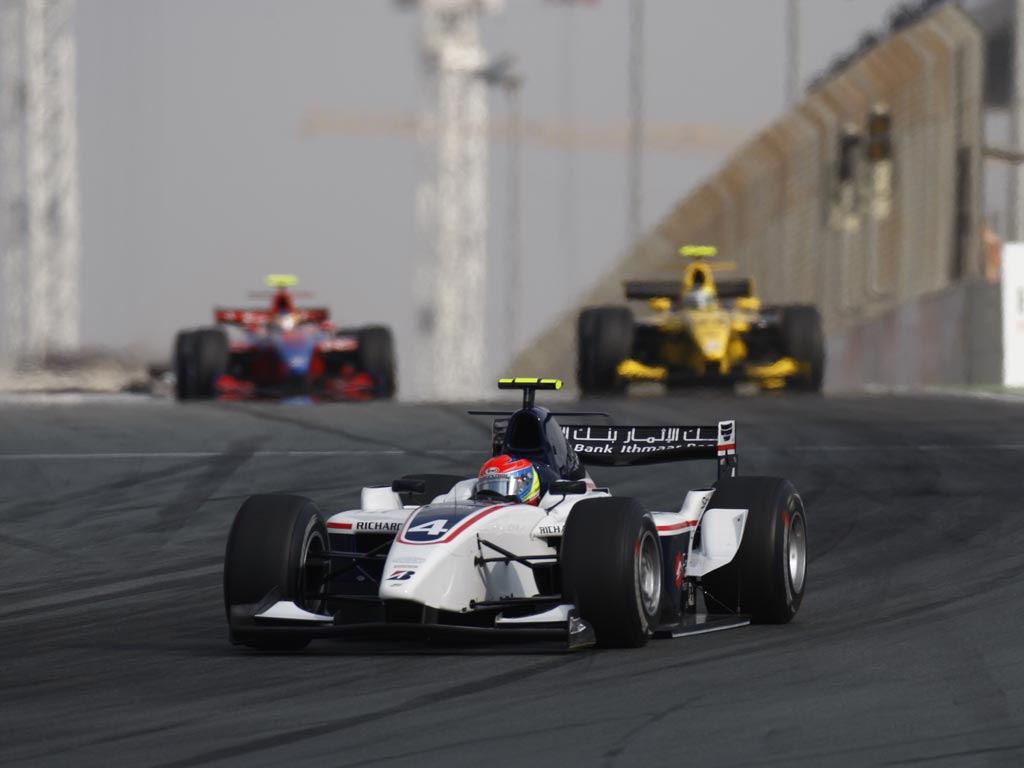 GP2 Asia held its inaugural event at Dubai over the weekend. All bar one of the teams from the European series were present, using the same cars as the championship ran from 2005-7.

Only Bruno Senna (driving for 2007 champions iSport) prevented him from claiming a clean sweep on his debut by nicking the fastest lap in Friday’s feature race.

Grosjean’s margin of victory over Senna was 12s on Friday. Stephen Jelley, Grosjean’s team mate, was 16th, last of the unlapped drivers, an average of 2s per lap slower than Grosjean.

Senna spent most of the race battling with Andy Soucek, who piloted the David Price Racing entry in an attractive new yellow and black colour scheme. Soucek stole second from Senna in the opening laps and gamely clung onto the position until Senna squeezed past late in the race.

Grosjean’s former F3 Euroseries rival Sebastien Buemi finished seventh on the road before being disqualified for a technical misdemeanour. That promoted Fairuz Fauzy from ninth to eighth, giving the Malaysian pole for Saturday’s sprint race.

The sprint race, like the feature race, was held on the shorter Dubai circuit. The plan was originally for the cars to use the full length track, but that was prevented by rain making part of the circuit unusable.

From eighth on the grid the sight of Grosjean ducking and weaving on his way to the first corner in his ART machine reminded you of Hamilton two years ago. He made up several places on the start, then passed Hiroki Yoshimoto and Fauzy to win.

He was aided by the retirement of Luca Fillipi during an early safety car period. The Italian, who will partner Grosjean at ART in the GP2 championship proper, suffered gearbox trouble in the Qi-Meritus Mahara car. Meritus, the sole new entrant to the series in the place of Racing International, nonetheless had both cars in the points on Friday and Yoshimoto was fourth on Saturday behind Karun Chandhok.

But coming away from the first round of the GP2 Asia championship the talk is all about Grosjean. For me his Saturday win was the most impressive as the eight drivers who finished behind him all had prior experience of GP2 machinery. He already looks a strong contender for the Asian championship – and it will be interesting to see him up against Filippi at ART when the main series starts.

The next round is at Sentul in Indonesia on the 15th/16th of February.

One comment on “Grosjean dominates on GP2 Asia debut”