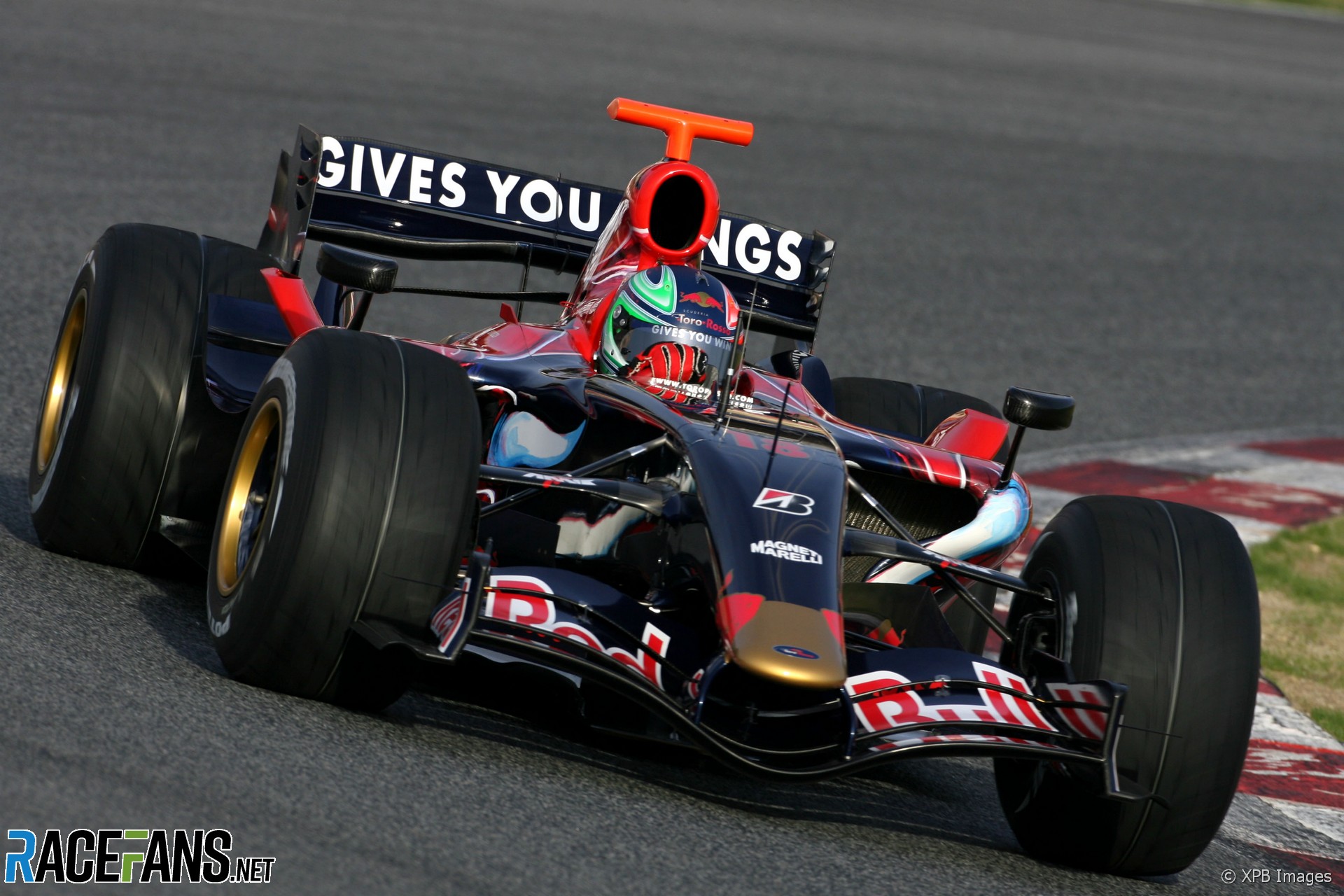 Here are the first pictures of the Scuderia Toro Rosso-Ferrari STR2, revealed today. The team are courting controversy by using a modified version of last year’s Red Bull car.

As with Red Bull’s RBR3 the aerodynamics have been crafted by Adrian Newey – resulting in two strikingly similar cars with strong hallmarks of recent McLarens, including the tapered nose and tightly sculpted sideboxes.

Boss Gerhard Berger confirmed Vitantonio Liuzzi will remain a driver for another year but suggested that his 2006 team mate Scott Speed wouldn’t be announced as the second driver until closer to the first race of the season.