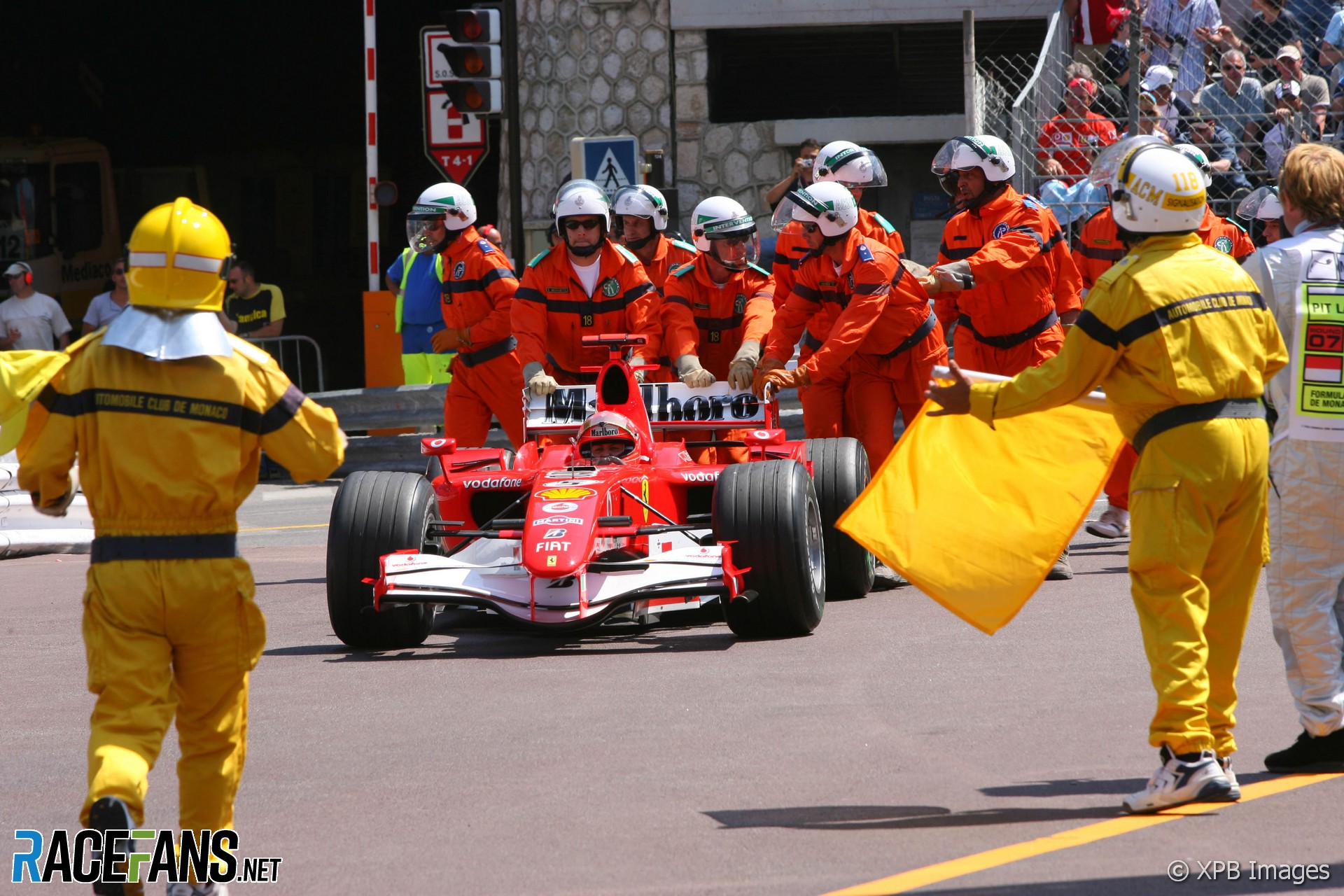 The stewards of the Monaco Grand Prix have sent Michael Schumacher to the back of the grid after deciding he deliberately stopped during Q3 to hinder his rivals.

“The stewards can find no justifiable reason for the driver to have braked with such undue, excessive and unusual pressure at this part of the circuit,” they said in a statement, “and are therefore left with no alternatives but to conclude that the driver deliberately stopped his car on the circuit in the last few minutes of qualifying, at a time at which he had thus far set the fastest lap time.”

The stewards’s decision means Schumacher will start the Monaco Grand Prix from the back of the grid. His punishment is under Article 112 of the sporting regulations which denies a right to appeal.