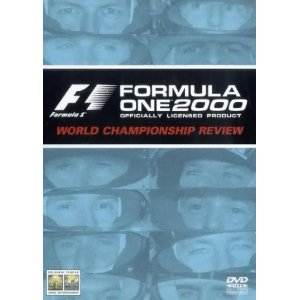 Unfortunately, they are also produced using an odd menu system which makes navigating them unnecessarily difficult.

The footage is superb, though, and there’s plenty of it. 4hrs 15m on this discs, though that does include quite a bit of footage of the statistics screens!

All the races are covered and there’s often a plethora of angles for major events.

As a result the coverage of the entire field is somewhat better than on the review video. However, the production is emphatically not. There’s no introduction to the season, no post-race analysis or supplementary information.

It’s not even glossed over – it’s just not there. And there’s no facility for viewing all the races one after the other – you have to manually select each one.

Aside from the technical problems, and the terribly dull commentary, this isn’t a bad disc and is definitely a step up from the video. There’s still a lot of unexploited potential from the DVD format though.