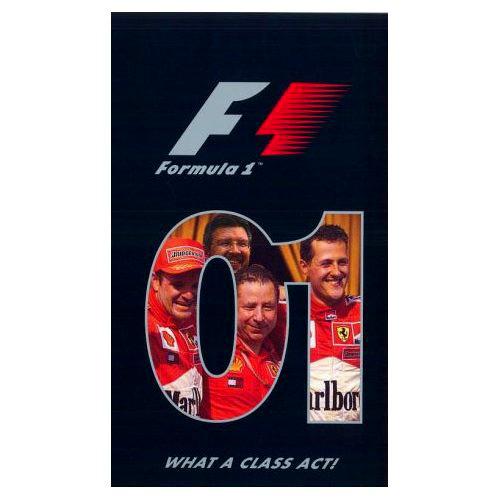 The 2001 review video is exceptionally bad, especially given that the 2001 DVD review (which is very hard to find) is pretty good, and they both have the same material to work from.

The video has the same flaws that many others from this era have: the commentary is faintly ridiculous and there is to be too much time given over to ‘interest’ material about where the races are held.

On occasions, you feel like you’re watching the travel shopping channel.

The editing is obtrusive and amateurish. Heavy-handed use of incidental music compromises the quality of the production, and major incidents (like the Jacques Villeneuve-Ralf Schumacher crash in Melbourne) is spliced with endless before-and-after shots.

I doubt an accident that killed a driver, rather than ‘just’ a marshall, would be treated quite so frivolously.

For a contemporary review, this is insultingly bad. There weren’t even that many good races.

In its defence, there is some good footage of the battles further down the field as well as the action at the front.