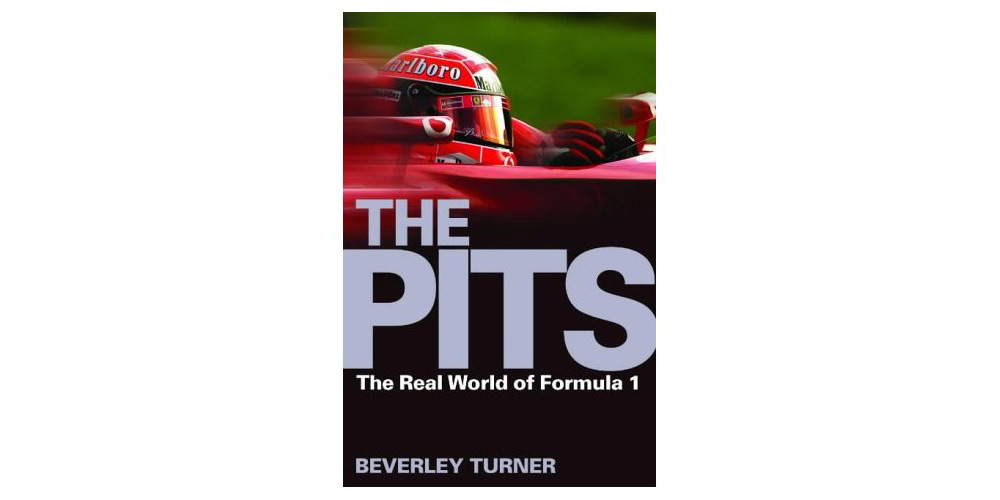 Beverley Turner was briefly a member of ITV’s Formula One coverage team in the early 2000s. She wrote several pre-race features, usually of little immediate relevance to Formula One, focussing instead on some D-list celebrity who had some tenuous connection to one of the drivers.

An example: in the build-up to the Monaco Grand Prix one year she presented a particularly banal focus on a celebrity hairdresser who cooked a roast dinner to watch during the race. I mention this merely to put the review of her first Formula One book, The Pits, into some kind of context.

It is quite a substantial departure from her ITV work glamourising the cult of celebrity – this is a warts ‘n’ all polemic against the multifarious ‘evils’ of Formula One: danger, tobacco, money, sexism, inadequate childcare facilities: the lot.

In conventional fashion the book follows a Grand Prix year – the 2003 season. The focus of each chapter is not the championship battle, which provides a backdrop to the narrative, but a particular issue highlighted by each circuit on the calendar. Predictably some pairings are more effective than others – contrasting the violence and poverty of Sao Paulo’s favelas with the Interlagos racing circuit and suggesting that F1 drivers could do more visible charity work is particularly effective.

On other occasions she threatens to make a scathing and worthwhile point but falls tragically short. On safety (paired with Imola, naturally) she acknowledges the hero-worship of drivers who take risks, asks questions of the value of sacrificing life in the name of sport in comparison to worthier endeavours, but pushes no further – only to sarcastically suggest that they should bring back linen helmets.

And then there are passages where it just doesn’t come together at all. One such being on that old chestnut – “is Formula One really a sport?” – in the chapter on Magny-Cours. Turner suggests that F1 isn’t really a sport because the journalists who write about it often don’t write about other sports – never mind that early in the same paragraph she acknowledges just how much time they spend travelling to and from races.

It’s no secret that this book got an absolute kicking on its release (in F1 circles, at least) and it’s not difficult to see why. Turner seldom hid her dislike for the sport and doesn’t pull her punches. So much so that in the end her better passages are in the minority and her hatred for the sport blinkers you to her more interesting perspectives.

It’s one thing to hold a personal and political dislike of a sport – as much as I enjoy Formula One I would never pretend it’s perfect. But this is just petty, vindictive sniping – not serious criticism.

By all means grab a paperback copy of this on the cheap – it does make a worthwhile read in parts. But expect to spend a lot of time shaking your head and thinking, “no you just don’t get it.”