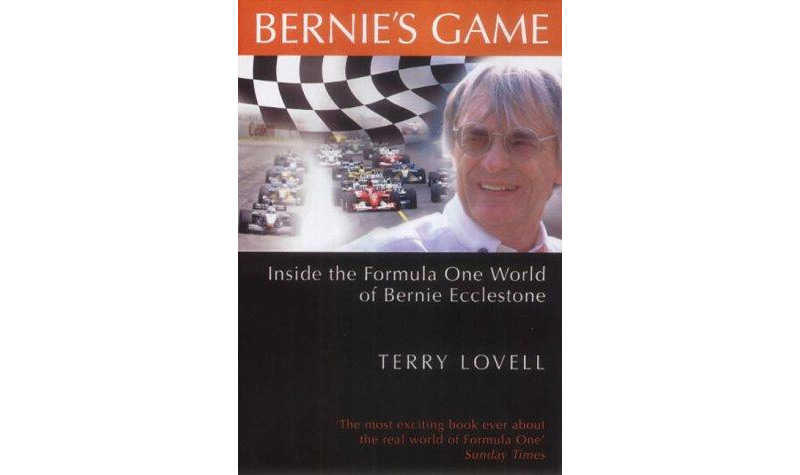 Bernie Ecclestone transformed Formula 1 from a niche sport followed by a few devout enthusiast into a multi-billion dollar global business to rival the World Cup and the Olympics.

Ecclestone is a controversial figure. Hated by sporting purists and former business rivals alike, and regarded with intense suspicion by many other commentators. His ultra-expensive deals are clouded in utmost secrecy.

Terry Lovell’s biography is the first book to successfully peel back some of the layers of intrigue that surround Ecclestone – to the point that Lovell claims Ecclestone tried to buy the book from him.

It’s not difficult to imagine why. Lovell’s meticulously-detailed book – nearly 400 pages of often dense prose – casts him in a deeply unflattering light. An image emerges of Ecclestone as an archetypal working-class-boy-made-good, bringing the uncompromising toughness of ‘the streets’ to bear in his business approaches.

But there is also a grudging sense of admiration in Lovell’s book – he lays Ecclestone’s intentions so plain as to repeatedly invite the question, “why did no-one guess what he was up to?”

They never did, of course, and that’s what makes this book so entertaining – at least for the first two-thirds. Apolitical Formula One fans will find the meatiest passage on Eccletone’s ownership of Brabham in the 1970s and ’80s.

Not least of which the wrangling over Gordon Murray’s inspired BT46B ‘fan car’ and the various schemes they employed in the early 1980s to ensure their competitivity – hydraulic suspension, running underweight and so on.

The early rumblings of the GPWC, failed stock market flotation of F1 and sale to the KirchGruppe illuminate many recent controversies but those with no appetite for the ‘other side’ of Formula One may to better to leave this on the shelf.

Those searching for the most thorough account of Ecclestone’s remarkable career to date could not find a better starting point. Lovell never lets you love Ecclestone, but he gets a fair hearing. Perhaps he should turn his gaze to Bernie’s close ally – the enigmatic president Mosley – next.